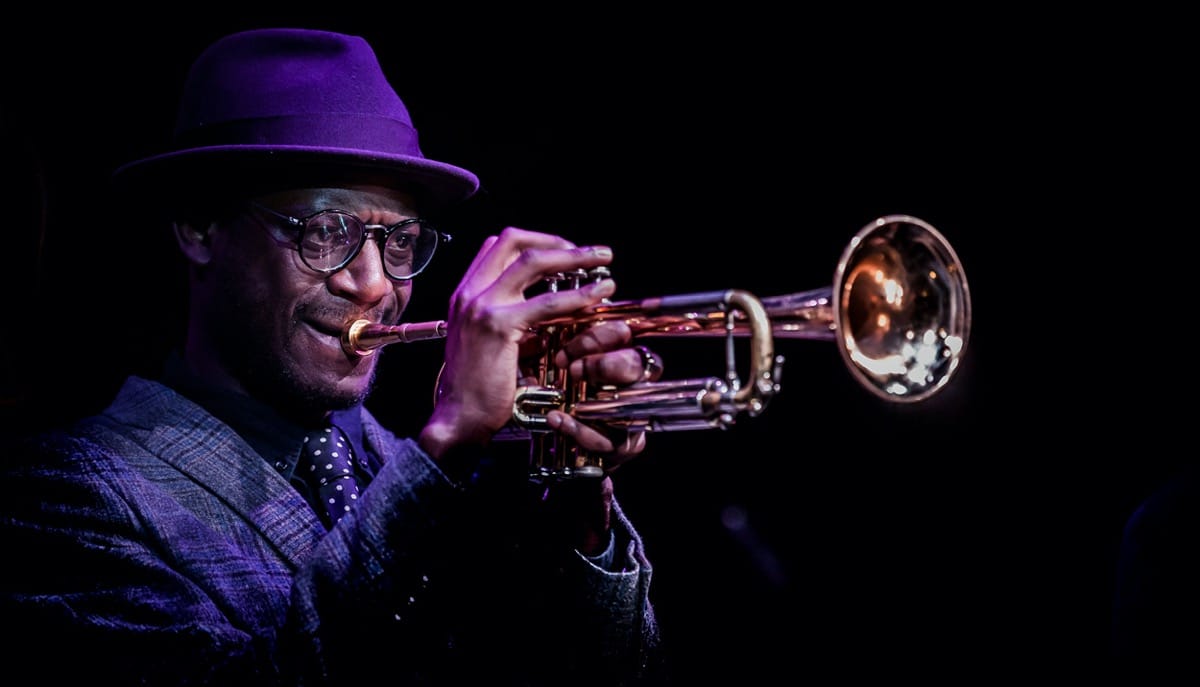 Mark Kavuma is arguably one of the leading trumpeters walking the British jazz scene right now. His Banger Factory band were here to join him at Ronnie Scott’s Jazz Club as he celebrated the release of his latest album, Arashi No Ato.

This was a sold-out show with the familiar faces circling the bar including singer Ian Shaw, DJ Chris Philips (Jazz FM) and singer Georgia Mancio. The Banger Factory featured a four-horn line up, two tenors, trumpet and an alto.

Starting with a track named Eluid, they quickly established that Blue Note sound with a blend of unison and harmonised melodic lines. The arrangements were colourful, utilising the full range of the instruments on offer. After a calm and collective solo from Artie Zaitz on guitar, the stage was set for Theo Erskine on alto saxophone to create something special for which he was applauded by the audience.

The solos from Kavuma were shortly phrased, often angular and blended with common jazz vocabulary but still capturing the nature of the music beautifully. After a somewhat slow start, the music finally took a turn with a lovely tenor saxophone interlude welcoming us into the second tune titled, Mussinghi. It was named after the saxophonist whom it featured.

Kavuma’s third track on the setlist was Big Willie (named after his drummer) which featured on his 2019 album The Banger Factory. The tempo was brisk and allowed Will Cleasby to excel, displaying a brilliant drum solo which nearly had the kit launching off the stage.

What followed was pure excellence, the title track of Arashi No Ato beginning with a piano intro before Kavuma sailed in with the melody. Edwards then took over on lead with a sound similar to Dexter Gordon. The mood had been lowered to a point where you could hear the bar staff at work shaking their cocktails. The piece concluded with a bass cadenza by Jack Garside, finishing with Kavuma congratulating him by wiping the cobwebs off Garside’s shoulders.

The evening came to an end with a tune from the archives, Modibo. It ended in an eruption of sound which brought the house down in applause.

Simon Adams - 22 June 2020
Collective nouns for birds are both wonderful and weird at the same time – a siege of bitterns, a prayer or pantheon of godwits, anyone? – but for reasons...