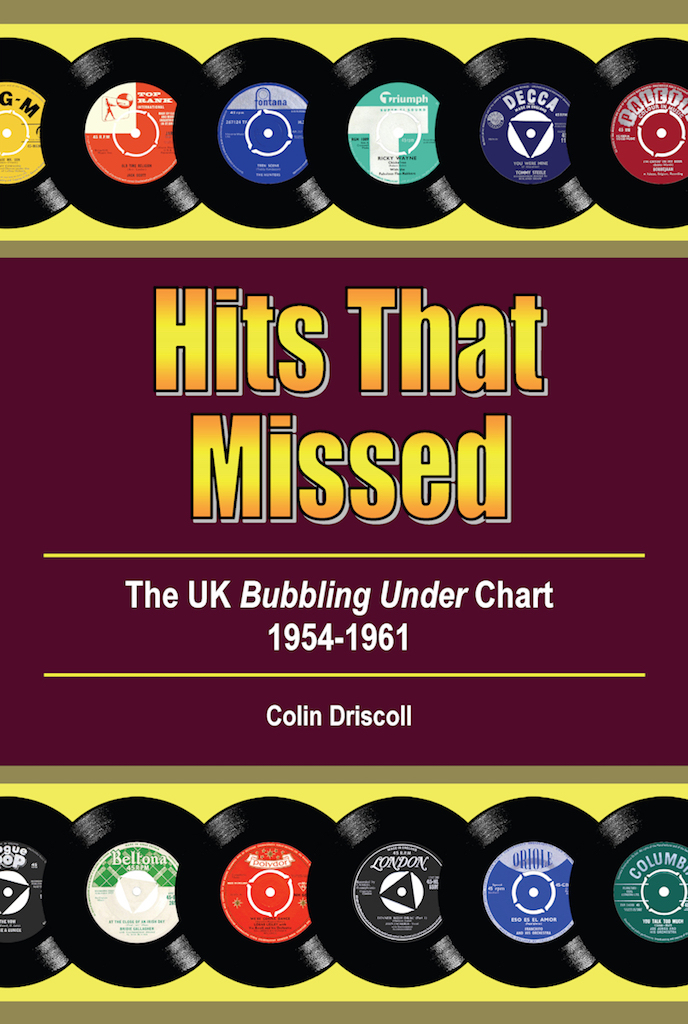 Britain in the 1950s was a fascinating place for the popular music fan: skiffle, rock and roll, Radio Luxembourg (rather than staid old Auntie Beeb) and the Top Twenty all offered plenty of excitement.

The Top Twenty, first published by New Musical Express as a Top 12 in 1952, was a not-necessarily-accurate indicator of the country’s most popular discs, but what about those records that didn’t quite make it?

Many great recordings seemed destined for the chart, only to fail at the last hurdle. Colin Driscoll gives those discs their due credit in Hits That Missed, a detailed and impressive work of research that reminds us of just how close some jazz legends came to gaining chart status.

There was no official UK Bubbling Under Chart, so Driscoll has developed his own, based on the Record Mirror Top Ten lists of local best-sellers submitted by up to 50 record stores from around the country. By allocating points to each record that appeared in these charts he’s identified hundreds of discs that sold well on a local basis but never quite well enough to win a place in the prestigious Top Twenty (some did eventually make the national chart and Driscoll identifies these).

He explains his process clearly in the first few pages, before devoting the rest of the book to lists of the artists and songs that bubbled under, some for weeks on end, some for just seven days.

For a numbers geek like me, the data is fascinating. Take the artists with most weeks on the Bubbling Under Chart: Sinatra leads the list with 96 weeks, Ted Heath managed 45, Gerry Mulligan had 39, Louis Armstrong 37 and Kid Ory’s Creole Jazz Band reached a total of 16 weeks. As far as individual releases are concerned, Ella Fitzgerald spent 13 weeks on the chart with Pete Kelly’s Blues, the MJQ managed 12 weeks with the Milt Jackson Modern Jazz Quartet EP and George Lewis & His New Orleans Music stayed there for nine weeks with Mama Don’t Allow It.

Of course, jazz performers (even if you wish to include skiffle and blues acts in their number) are a minority in the chart. Most entries are by the pop musicians of the decade – some famous, like Johnnie Ray, many lost in the mists of time, like Johnny October or Myles O’Connor. Dig into the pages, however, and plenty of jazz musicians reveal themselves and offer up snippets of information with which to dazzle or tease friends and family. When did Kai Winding bubble under? Who joined Jimmy Deuchar on his lone chart entry? Which Charlie Parker album (yes, album) sold well enough to gain success for 2 weeks? What James Moody single managed to leap in for an entire week? Colin Driscoll has the answer to all these – and more.

Simon Adams - 04 February 2022
Fluidian is a music project initiated by Romanian composer and musician Emil Gherasim, who is known both for his work in film and theatre and also for his ambient-minimalist...