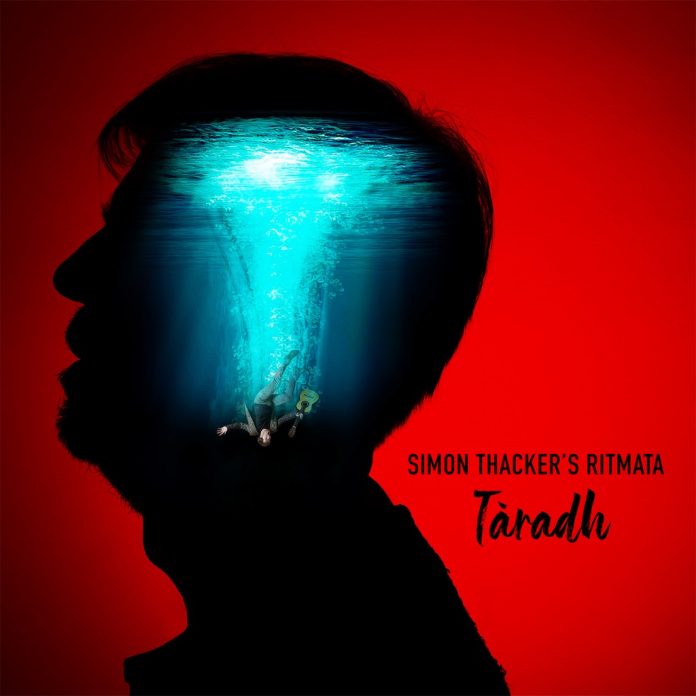 Guitarist, composer and bandleader Simon Thacker is a relentlessly busy man. He’s perhaps best known for the Indo-Western fusions of Svara-Kanti, an ensemble which scarcely seems to have been off the road since the release of Trikala in 2019. Ritmata are yet to receive the same kind of exposure, but they are in fact one of Thacker’s very earliest projects. Established in 2006, the group includes three of Scotland’s leading jazz improvisers, and although this music is a complex amalgam of influences from around the globe, it broadly sits within the mainstream of contemporary European jazz.

Thacker’s thoughtful liner notes always shine a light on aspects of the music that might otherwise remain hidden, and this time he describes the notion of the tàradh. A Gaelic term originating in ancient traditions of witchcraft, the tàradh denotes certain powers of premonition. Thacker describes the sense that the tàradh manifests every time he sits down to compose or improvise, working alongside his own agency, giving voice to a lifetime of experiences and influences as it shapes the music’s flow.

Spanish and Sephardic influences have long been part of Ritmata’s vocabulary, but for their debut recording Thacker introduces elements of flamenco, Moroccan, Indian and native American musics. The quicksilver unisons of Asuramaya are peppered with explosive passages of solo and collective improvisation, and for a moment I felt I could be listening to a reborn Return To Forever. Honour The Treaties is built on an insistent rhythmic pulse inspired by native American tribal gatherings, a powerful vehicle for the guitarist’s ferocious solo flight. Aurora Consurgens is one of the album’s most lyrical compositions, though the beguiling Taijasa is perhaps my favourite piece, conjuring blissful memories of Oregon in their prime.

Special mention should be made of the fiendishly complex Quadriga In 5, a shapeshifting tour de force recently nominated in the jazz category of The Ivor’s Composer Awards. Muero Yo De Amor brings something a little different. Reimagining a long-forgotten flamenco piece, the group are joined by one of Spain’s foremost cantaoras Ángeles Toledano for a dramatic and moody rendition.

In lesser hands you might decry Tàradh’s eclecticism, but Thacker’s considerable gifts as an improviser, composer and synthesist more than carry the day.

Brian Payne - 08 January 2019
American jazz singer Rachel Caswell has crystal-clear diction, spot-on pitch and rhythm, a warm, rich sound and an improvisational adroitness that grows on you the more you listen. She...