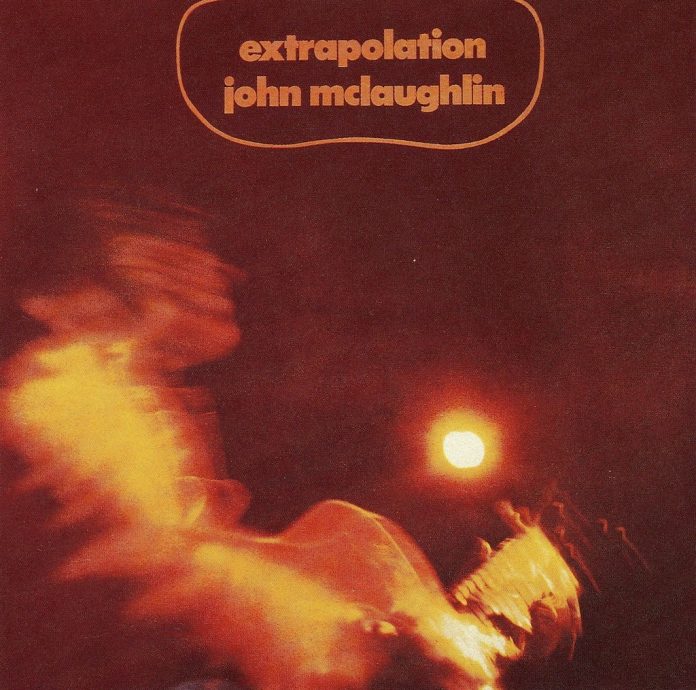 Another one of those albums whose beau­ties grow apparent with repeated playing. McLaughlin is of course the young British guitarist who has recently been working with Miles Davis and the new Tony Williams group. His association with these men seems to have been anticipated by the music on this album, which in mood and construction con­tinually recalls the latterday Davis albums from ESP onwards.

Tony Oxley’s interpreta­tion of Tony Williams also adds to this feel­ing, and I must add mine to the many voices which have praised the recent improvement in Oxley’s playing. Surman needs no recom­mendation; he plays baritone on most tracks, and the blend of this instrument with the guitar is very satisfying. Certainly his form here confirms his world status.

McLaughlin is what one must, to differentiate from the Kessel lot, describe as a new wave guitarist, the style pioneered by Gabor Szabo, though McLaughlin sounds more like Jerry Hahn. He utilises rapid note-clusters inspired by the more modern trumpeters, and Szabo-like oriental effects. He relies very little on blues licks, and uses no feedback. He has been cited as yet another example of the links between pop and jazz, but only because he has worked in pop circles, which means nothing of course.

There are no signs of contemporary rock here; it’s jazz, very mod­ern, very good. It would not have been half the album without Surman or even Oxley, but that hardly matters. What is important is the excellence of the group concept.
David Illingworth

Dave Foxall - 10 June 2019
RareNoise, true to their name, specialise in bringing people together in fresh configurations and Anguish may prove to be one of the freshest and best executed. Take two-thirds of...

Till Brönner and Bob James: On Vacation