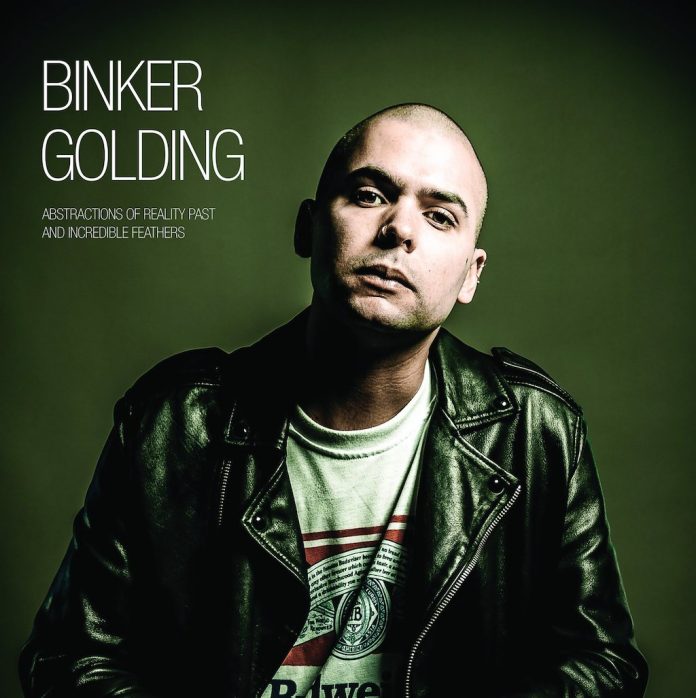 The photograph that stares out on the cover of this LP of Golding seems to be saying “Here you are, this is me, so what do you think of this music?” It’s new music and yet it is old in basic style, harking back to the fierce lyricism of John Coltrane and Sonny Rollins in their 50s heydays but with a contemporary slant and just a hint of later fusion in the 70s and 80s. Mostly though it sounds fresh, with the commanding presence of the tenor-sax wielding leader, his tone hard but frequently melodic and swinging throughout at all tempi courtesy of Joe Armon-Jones on piano, Casimir’s bass and Jones’ drums.

The first track, Santa Monica, goes at a rapid pace with Sam Jones providing almost a second solo part alongside Golding. He has his own style of drumming based initially, most likely, on the Coltrane/Elvin Jones partnership with a little Tony Williams added in. The swirling cymbals and constant drum commentary on each track make him Golding’s main accompanist. But that is not to take anything away from Armon-Jones, who adds a refreshing mix of block chords, single lines and some glittering, bell-like treble runs to the harmonic density. And Casimir’s bass is rock solid throughout, completing this unified contemporary hard-bop quartet.

Although Golding had three highly successful records with his duo partner drummer Moses Boyd I think this new quartet setting is ideal for his approach and style. His tenor lines, slashing and intense one moment and gentle and reflective the next, need that highly sympathetic and competent drumming – and indeed the full rhythm trio – to bring out the best in his music, as it does here on every track.

Golding frequently builds his solo statements up slowly to a spellbinding intensity and then slows the tempo with reflective, lyrical passages before returning to a hard-edged finale. The track You, That Place, That Time, builds steadily throughout but doesn’t end, instead segueing ways into Strange, Beautiful, Remembered. This is a slower, ballad-tempo piece for the most part and so is Strange, the piece that follows straight on. And I Like Your Feathers is a melodic selection with staccato interludes. Fluorescent Black is a tour-de-force, uptempo charge with blistering tenor and rhythm to end with.

Golding describes the title of the LP as times remembered, times forgotten and then remembered again which is fine but I don’t know quite where the feathers fit in. This music is fresh and invigorating, continuing the best and most innovative of the hard-bop style. An added bonus, it was faithfully recorded and mastered in analogue at Abbey Road Studios London.

Sally Evans-Darby - 07 May 2019
This latest release from Austrian singer Simone Kopmajer has an intriguing set list of standards mixed in with some original material – and perhaps most intriguingly of all, a...