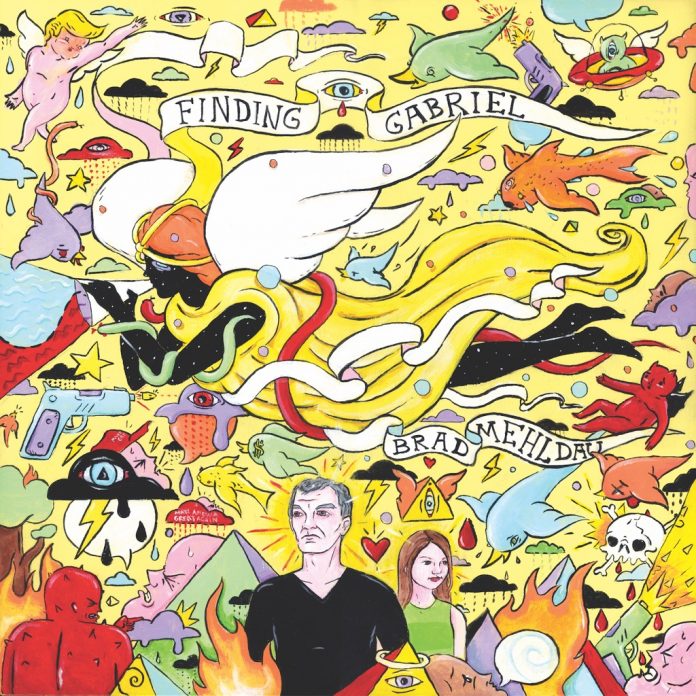 The pianist’s new release, featuring 10 original compositions performed by Brad Mehldau and a host of musical guests, is full of exciting surprises. It would be easy for listeners to become too distracted by the explicit religious thread running through the CD, as a potential distraction from the powerful and often moving sounds here.

Regardless, Finding Gabriel showcases once again Mehldau’s profound musicality, brilliant in its clarity, as did his exhilarating After Bach (see my June 2018 JJ review) – a testament to his breadth of vision. This record, in some ways, feels as much a devotional statement as did that masterpiece.

Mehldau explains that Finding Gabriel came after reading the Bible closely for the last several years. The prophetic writing of Daniel and Hosea resonated with him in particular, as did the wisdom literature of Job and Ecclesiastes and the devotional words in Psalms. These texts felt like a corollary and perhaps a guide to the sometimes seemingly insoluble trials and tribulations of the present day. The archangel Gabriel appeared to Daniel, telling him that he had come to tell him that he was greatly loved, to “consider the word and understand the vision”. Mehldau felt that the trick, musically, was to listen to Gabriel’s voice through all the noise and find a way to explain the chaos, not only to himself, but to a young person with fewer reference points – perhaps one’s own children.

So to the music, which initially sprang out of his working through new possibilities on a new synthesiser – the Dave Smith/Tom Oberheim OB-6, featured on all but one of the 10 tracks. Many pieces are built up by beginning with synths and the virtuoso skills of Mark Guiliana on drums. Layers of sound are progressively added, with the human voice becoming a key element – not using text per se, but “as a pure expression of harmony and emotion”. He was able to enlist the help of singers he has admired and been close to for several years – Becca Stevens, Kurt Elling and Gabriel Kahane – and he sings himself. Stevens’ extraordinary vocal harmonies, in particular, really bring something very special to this date. Strings, brass and woodwinds have been added on some tracks, and to telling effect in their understatement, which gives this project the feel of a chamber orchestra. The trio of strings on St. Mark Is Howling In The City Of Night and on Deep Water offer a sublime counterpoint to Stevens, Mehldau and Guiliana.

Another new experience for Mehldau was to perform all the instruments on three of the tracks as a one-man band, adding a range of keyboards – such as Hammond B-3 organ, Musser Ampli-Celeste, Moog Little Phatty Synthesiser – as well as drums, handclaps and voices. He credits John Davis, who engineered and mixed the record, as an integral player throughout, his creativity contributing to the overall sonic landscape. This is a wonderful album, full of ambition, invention and packing an emotional punch.