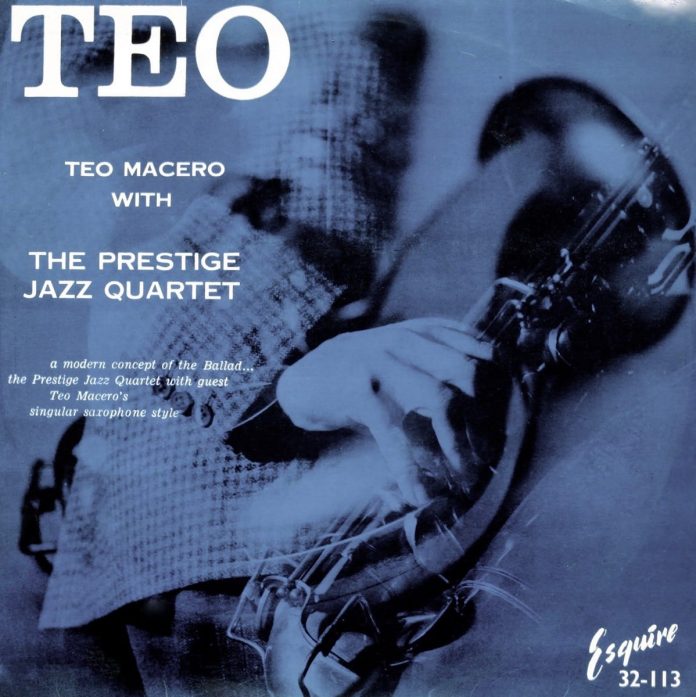 This album, subtitled “A Modern Concept Of The Ballad”, contains some of the most stimulating saxophone play­ing I have heard in a long time. Both Macero and Teddy Charles were con­sidered a few years ago to be amongst the “avant-garde” of modern jazz. Unfortunately, neither seems to be playing much nowadays, and Macero now has a job supervising jazz dates for American Columbia.

All but one of the five tracks are slow. “Ghost Story” is the exception, and it is a tribute to the five men that there isn’t a single dull moment on the record. Macero, with a tone rather like Getz’s and a predilection for the upper register of his instrument, is an almost totally original musician, which is a re­freshing change from the carbon copies of Rollins and Coltrane one hears most of the time nowadays.

The Prestige Jazz Ouartet (Charles, Waldron, Farmer and Segal), were purely a studio group, but there is a re­markable degree of sympathy between them and their guest. Teddy Charles is also a completely original musician, who has been grossly under-rated for years, especially in this country. Mal Waldron plays better than I ever re­member hearing him on record.

To end on a mildly sour note, Esquire, like Philips, are still not using proner polythene inners – if other companies can use them, why not Philips and Esquire?

Derek Ansell - 11 August 2019
These three are all leaders of their own bands in different places. Here they combine to form what used to be called a super group. The music is all...