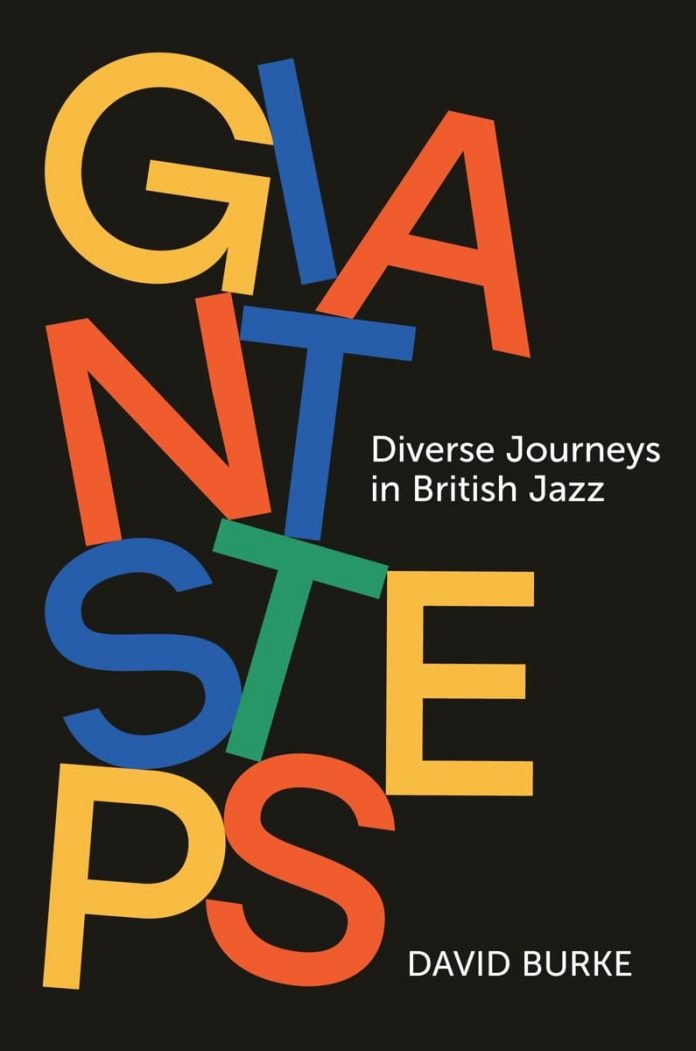 UK jazz musicians who became more widely popular in the 1950s were almost all white. Jazz in Britain was mono-cultural, as David Burke points out in this excellent and timely book, though its Afro-American and other antecedents were assiduously championed, lest we think the Caucasians were operating some kind of colour bar. Burke at the outset remembers to mention Afro-Caribbean Brits such as Coleridge Goode, Joe Harriott and Leslie Thompson, who represented the beginnings of the growing diversity he investigates and celebrates in interviews with 25 of today’s black musicians.

British society has changed and so has British jazz. Skin colour aside, jazz is still male-orientated. That the distaff balance is being addressed as much by white musicians as black and Asian is part of the complexity of jazz’s evolution here. In interviews with, among others, Gary Crosby, Courtney Pine, Camilla George, Theon Cross and Yazz Rahman, Burke tells the story of a black renaissance that immediately paralleled the 1980s white one (though it wasn’t called that) represented by Loose Tubes and others influenced by Graham Collier. Bassist Crosby, a founder member of the Jazz Warriors and instigator of the Tomorrow’s Warriors educational offshoot, discounts the idea of a glass ceiling atop of which unconcerned white musicians monopolised what commercial plaudits there ever were for jazz innovators.

In that sense there’s always more that unites black and white musicians than divides them. But perhaps the most depressing aspect is the existence of two separate developments and the realisation that only when events are viewed in the context of often troubled ethnicity do questions arise. I may be wrong, but as well as Loose Tubes, the National Youth Jazz Orchestra has been mostly white, even though it coasted through the 1980s black upsurge. Saxophonist Gail Thompson, the only woman to have played in Art Blakey’s Jazz Messengers and long stricken with MS but ever battling against it depredations, claims she was told that Loose Tubes personnel knew its black coevals were jazzers but that they didn’t read (music). It made for some kind of division, albeit at a solely practical level. Trumpeter Claude Deppa, born in what Burke calls “the labyrinthine absurdities” of South African apartheid before his arrival in Britain, said much the same thing about the NYJO.

The irony was that black musicians of the second and third Windrush generations had access to a Caribbean or other musical background where British whites had only American records or British white simulacra. It’s why singer Cleveland Watkiss, now Professor of Voice at Trinity Laban, sees jazz in terms of its over-arching West Indian provenance and its roots in both rhythm and harmony, not just the former. It’s there in Monk, he says, a musician spoken of in the same adulatory breath as Desmond Dekker. While Django Bates and other white musicians were handed the standard to bear, Crosby’s Jazz Warriors was attracting and galvanising black talent, including saxophonists Pine and Thompson (now a community worker and London University chaplain), flautist Philip Bent, pianist Julian Joseph, saxophonist Steve Williamson, drummer Mark Mondesir, and others. Pine’s ascendancy resulted in Warriors members being called up for his 1992 album To The Eyes Of Creation, which overtook Loose Tubes’s Open Letter album of five years before. Pine’s influence as rallying point and a guide to the summits of international jazz for his black British contemporaries can be no more over-estimated than the influence of the Jazz Warriors, which made only one album, Out Of Many, One People, in the same year as Open Letter.

While developments on racial lines ran parallel, young musicians, whatever their background, had to learn to play an instrument. Pianist Zoe Rahman’s parents bought her a woodwormed upright piano for a tenner in Chichester; trombonist Dennis Rollins, from Yorkshire, accessed the Doncaster Youth Jazz Association at 14 via the lively northern brass band scene; trumpeter Deppa came from a South Africa “voice brigade” background and once helped his mother conduct Handel’s Messiah. Neither Chichester nor Doncaster nor a Cape township were centres where a jazz musician could make a living in the traditional way. Moreover, Crosby’s Warriors was London-based, as is his Young Artist Development Programme, which has helped 10,000 musicians to progress, much like Thompson’s Musicworks. So is Deppa’s Kinetika Bloco, which provides a summer bridge for students in holidays, when they might put their instruments aside and lose their initiatives and their chops.

There’s learning and there’s learning to play jazz. There was no jazz in Uganda-raised trumpeter Mark Kavuma’s home but progress was rapid when he came here and joined Kinetika Boco. Community learning is a feature of black musical experience, no doubt in part as a consequence of an overt or tacit sense of embattlement. That extra-musical note is sounded by saxophonist Camilla George. Her band fulfilled a rugby club gig whose advertising poster featured “a topless black lady with a skirt made out of bananas”. (Probably the famous one of Josephine Baker.) As a child, she would have loved to play a tenor but her parents couldn’t afford it and she had to go through the common-enough recorder apprenticeship. She won a competition as a teenager and the prize was sax lessons. There was jazz in the family. But the triple whammy of “parental parsimony”, racial prejudice and sexism is what she recalls in a career finally boosted by her graduation from Trinity Laban. Tenor saxophonist Shabaka Hutchings, musical titan and formidable thinker, addresses the need for Britain to resolve its troubled colonial past in order to come to terms with the problems of its black, Asian and African communities. It applies especially to white musicians. Hutchings, too, confirms the NYJO anecdote but only as something needless and innocently gratuitous, something that could easily be put right.

Burke’s interviews in Giant Steps are important contributions to the history of British jazz in terms of how the musicians have surmounted common difficulties, dealt with singular ones to do with their backgrounds, absorbed the music of their contemporaries and forebears and just got on with the business of making a living. As Burke states, their influence has been exponential, even in terms of the much smaller percentage of ethnic Britons to white. If only it were a book that hadn’t needed to be written; it could have been a book about British musicians irrespective of their skin colour and based on their music and its originality, and what they shared in common as professionals. We create our own problems and have to solve them; it were better that we hadn’t caused the unnecessary ones in the first place.

Giant Steps by David Burke is published by Desert Hearts at £14.99. deserthearts.com