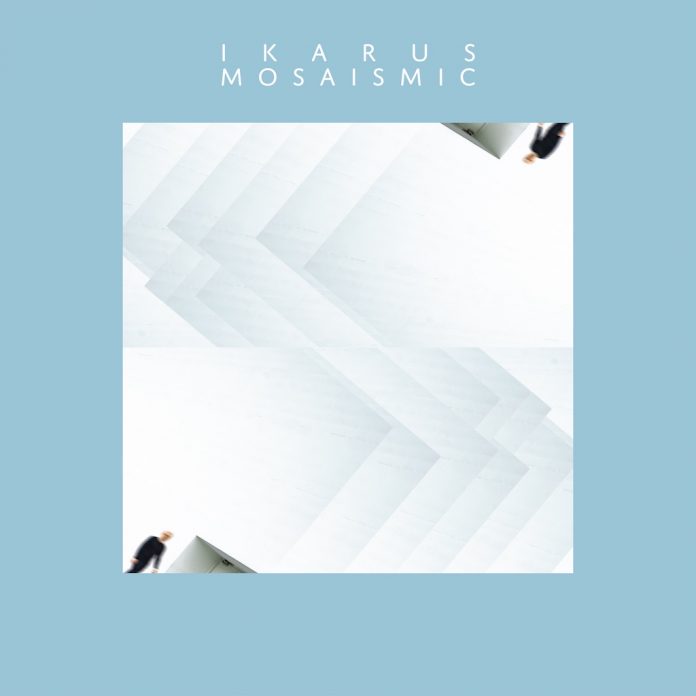 One of the most consistently interesting recent sub-genres in European jazz has been that of zen funk, or Swiss minimalism. The intricately woven sound worlds of Nik Bärtsch, Don Li, Mik Keisen, and Zimouin can be truly immersive, and rather like the Op Art of Victor Vasarely or Bridget Riley this is music which can simultaneously undermine normal perceptions and satisfy on a purely aesthetic level. Combining tight post-M-Base grooves with the repeating rhythmic cells of Glass and Reich and the slow compositional development of Morton Feldman, it’s a curious collision of styles that shouldn’t really work, but which somehow feels as natural as the human heartbeat.

Mosaismic is Ikarus’s third release on Bärtsch’s Ronin Rhythm Records, its title a portmanteau of “mosaic” and “seismic”. In a music whose individual particulates are constantly in flux within carefully choreographed orbits, the title proves to be a perfectly apt conceit. Largely sidestepping zen funk’s bias towards the stark and austere, Ikarus place not just one but two human voices at the centre of their front-line. They are notably less monochrome than many of their contemporaries, and their crisp machine-cut grooves are tempered by a very human warmth.

Sub Zero is one of several older pieces to be comprehensively reworked, and this new reading is very much influenced by Oliveras’s recent exposure to Berlin’s celebrated electronic music scene. Mondrian introduces a complex and almost boppish line, and the vocalists’ 21st century scatting is not to be missed. Hirsch and Meyer’s ghostly duologue on Iridium is eerily disquieting, though the tensions are soon lifted after a smooth segue into the closing Cirrus, which takes the listener back into altogether dreamier realms.

Finding new wrinkles in such an avowedly minimalist music is no easy feat, but with Mosaismic Ikarus have injected a little soul into the heart of the machine.

To buy Mosaismic or to find more information about Ikarus, click here

Peter Gamble - 28 February 2021
Although the title of this CD implies this is a release by the long-established Jazz Bigband Graz, a quick glance at the personnel shows this is a truncated version...