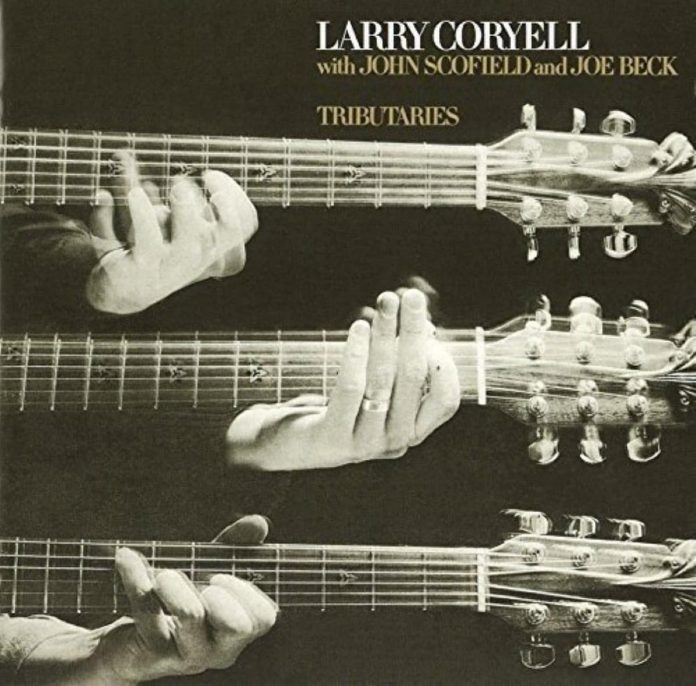 Flat-top guitar recitals were all the rage in the late seventies, no doubt in reaction to the wattage pumped out by electric fusion ensembles and this album, another in BMG’s valuable seven­ties reissue series, collects some especially rewarding and durable examples of the form.

Sounding like a modern version of the Great Guitars, Coryell and Co run the stylistic gamut, from breezy folk like The File and Solo On Wednesday to bebop, blues, funk and modal. It’s Coryell’s party, so he gets to play a number of solo items and one overdubbed piece; for the rest he’s joined in duos and trios by Scofield and Beck.

Fears of monotony at the prospect of three acoustic guitars prove unfounded, and any homogeneity is amply offset by an attractive intimacy of atmo­sphere and immediacy and clarity of sound.

All three men are best known as electric players, but their individ­ual styles and mannerisms are clearly discernible in this format. Coryell does a good line in McLaughlin-like machine gun­ning as well as showing a more lyrical side, while Beck is a modes­tly endowed blues man. Scofield is the most distinctive and resour­ceful player by a long chalk as he shows in his solo on the blues Zimbabwe. He opens hesitantly, but before long, drawing on his singular harmonic vocabulary, he develops a solo of uncommon force and intensity.

Moments like these turn what could have been a superficial ses­sion into one of considerable depth and charm. It should repay any number of replays and makes a good companion for Steve Khan’s similarly couched Evi­dence (reviewed JJ August 1990).