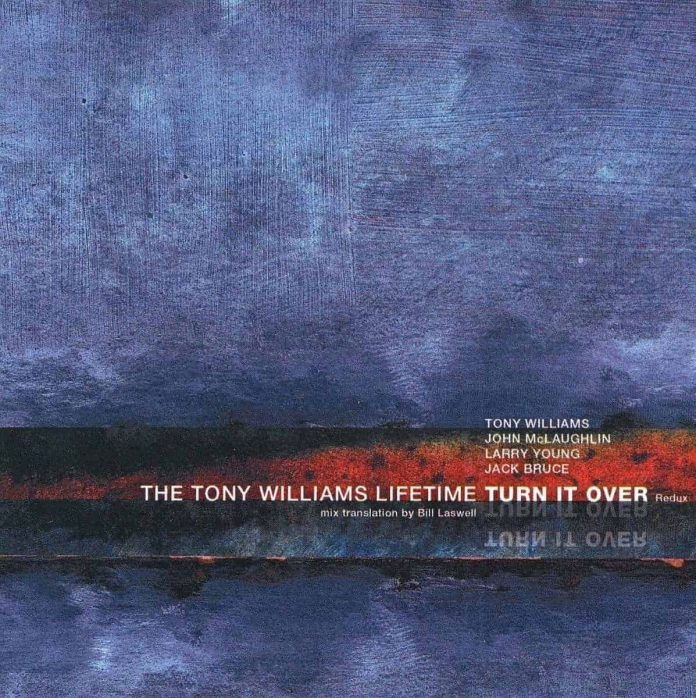 The only way to approach an album of this nature is to judge it by the standards it sets itself. The rock/jazz group inevitably treads the tight rope between hypnotic, rhythmic in­sistence and monotony. In the case of Life­time they succeed because of Williams’ in­herent feeling for jazz.

On Big Nick he avoids a repetitive background and drives as only a jazzman can. In the main, however, the material calls for what amounts to a rock equivalent of the Indian drone – either the obligatory shuffle or a recurring figure against which McLaughlin weaves his patterns. While I regret the restrictions that this places on Williams, there can be no denying that he handles the situation well. He gives even the most solid afterbeat the type of lift that dis­tinguishes the best R&B drummers and embellishes lines that would otherwise be straight and rather predictable.

What are the points on the debit side? Per­haps the most striking is that Williams cannot sing and insists on making amateurish at­tempts to do so. There is also the fact that the style demands little in the way of either harmonic or melodic ingenuity and that McLaughlin’s solos are, in the main, dis­tinguished more by tonal variation and surface decoration than extemporizational flair. This is an artistically stultifying idiom and it speaks volumes for the men concerned that they have made this much from it.

The standard of musicianship is high, even if the recording quality is not, and there is a feeling that, although the volume is loud, everyone con­cerned is playing under wraps. I cannot help wondering how long it will be before its followers accept the fact that the rock-jazz movement is another abortive fashion like the traddy pop revival in this country.