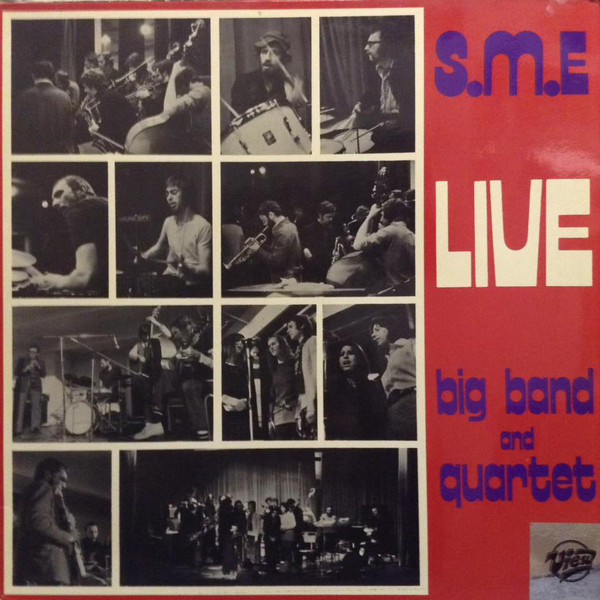 The detail that the S.M.E. Big Band bring to the simple march tune, Lets Sing For Him is remarkable. The voices and horns ebb and flow in polyphonic tides and they are in constant rivalry for the ascendancy. As an orchestra it is not always very well organised and in places the drummers come near to boredom as they attempt to maintain rhythmic consistency. The appeal of such music, however, is in its latent energy, an energy that seems to be present in its quieter moments, ready to explode on the listener in its most ferocious.

In contrast, side two is a typically mobile S.M.E. quartet set. Subtle rhythmic accents from this endlessly creative rhythm section scurry behind Tippetts’ anguished voice and Watts’ fluent soprano, and the interaction between them becomes the track’s strength. One, Two must certainly be one of the best things that Tippetts has done with the band, and Herman has always seemed its most ideal bassist. The remarkable Watts/Stevens continues to produce little gems such as this, and one wonders a 1971 date took so long to appear on record.
Barry McRae

Wanda Stafford/Patricia Scot: In Love For The Very First Time/Once Around...