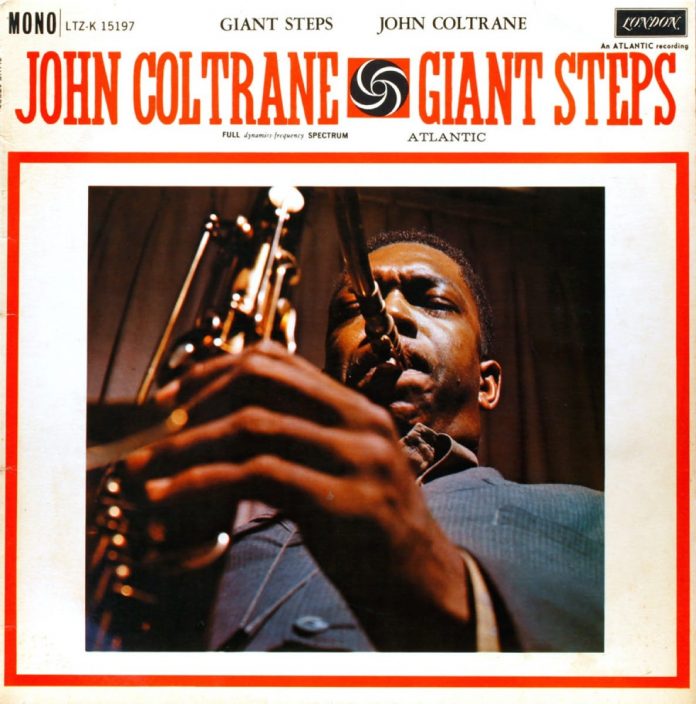 If, following the strange quirks of fashion, New Yorkers now reject John Coltrane as an “old Traddy”, it is their fault, not Coltrane’s. There must be something radically wrong when a musician of Coltrane’s stature becomes obsolete in favour of Ornette Coleman. For, as this album demonstrates, Col­trane has come of age musically. His style of playing is complete in itself; nothing need be added. Whether his music will undergo further changes is another matter. It is unlikely that an individual as probing and restless I Coltrane will rest on his laurels.

Throughout this album there is an air of maturity and authority about his playing, as though he knew exactly what he was doing, and that what he was doing was right for him. He has no need to resort to artificial “funkiness” in his playing, for he has a natural feeling for the blues, as is most aptly demonstrated on “Cousin Mary”, which though not a conventional blues, has the flavour of the blues.

Like Rollins, Coltrane has learnt that hardness must be relieved on occasion by tenderness, and his treatment of the beautiful ballad “Naima” is an excellent demonstration of this. Further, he has learnt that you can’t always play everything you hear, and whilst his playing here is still full of fantastic runs, it also shows more melodic inventiveness than on his previous records. In short, on this album Coltrane has become the complete jazz musician, as well as an excellent composer (he wrote all the tunes).

The rhythm section, as one might expect, is near-perfect. Flanagan is one of several pianists who have come to light in recent years to whom melody is important, not merely something that occasionally happens in between all the funkiness. Paul Chambers may not be quite the bassist some people make him out to be, but he’s still very good, and Arthur Taylor’s drumming has improved consistently over the years – he is one of several modern drummers with an instantly recognisable sound.

It is difficult to imagine any way in which this record could have been improved.

Peter Gamble - 20 August 2021
The first seven tracks of this disc constitute the complete original vinyl album of A Bowl Of Soul released in 1966 - some of the remaining tracks appearing on...