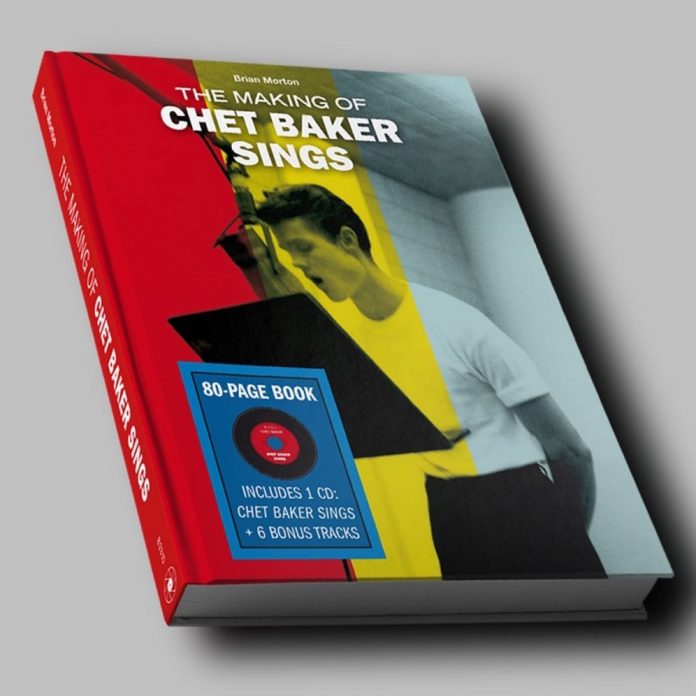 Brian Morton’s slim but detailed book covers a wide range of matters pertaining to the recording and release of the album Chet Baker Sings, originally issued on Pacific Jazz and subsequently on other labels. It puts into context the circumstances into which Baker was born, grew up and would later operate, making references and perceptive comparisons with similar figures, in jazz – Bix Beiderbecke, Frank Sinatra, Miles Davis – and two fictional characters: Rick Martin, in Dorothy Baker’s Young Man With A Horn, and Angelo Maggio, from James Jones’s story From Here To Eternity. It also examines the role of jazz singers, attitudes towards them and changes in how they performed.

Racial issues are covered, as are the musical limitations levelled at Baker and his involvement with narcotics, and these are done with understanding and awareness. Morton’s obvious admiration for Baker shines through, and it’s often a case of “warts and all”. I particularly like the tangential asides that might seem incidental or even unrelated, but create a resonance.

The section about the tracks focuses on certain titles, with comments from pianist Russ Freeman, and is a useful insight into the material. The album itself has been reviewed many times, some favourably, others less so, and is the same as 20th Century Masterworks 350201 (reviewed by Derek Ansell in May 2021), but with the addition of four tracks: Daybreak, I Remember You, Long Ago And Far Away and You Don’t Know What Love Is.

There’s a splendid vulnerability and wistfulness about much of it, and Baker’s trumpet playing is economic and understated, closely tied to the melody and almost mirroring his vocal delivery. The material is straight out of what is known as the Great American Songbook – compositions by Jimmy Van Heusen, Gus Kahn, Carmichael, Kern, Mercer, Gershwin, Sammy Cahn and Jules Styne, and including what became his signature tune, Rodgers and Hart’s My Funny Valentine – all interpreted in a distinctive style and at the time, very different from any other singer. And with that array of classics, it’s no wonder the album became a best seller.

Highly recommended, both for the music and for the excellent accompanying book, with its selection of evocative photographs and including an essay by bassist Riccardo Del Fra.

Discography
That Old Feeling; It’s Always You; Like Someone In Love; My Ideal; I’ve Never Been In Love Before; My Buddy; But Not For Me; Time After Time; I Get Along Without You Very Well; My Funny Valentine; There Will Never Be Another You; The Thrill Is Gone; I Fall In Love Too Easily; Look For The Silver Lining; Daybreak; Just Friends; I Remember You; Let’s Get Lost; Long Ago And Far Away; You Don’t Know What Love Is (66.13)
Baker (t, v); Russ Freeman (p, celeste); Jimmy Bond, Carson Smith, Joe Mondragon (b); Pete Littman, Lawrence Marable, Bob Neel, Shelly Manne (d). Los Angeles, 1953-56.
Jazz Images 83310

Nigel Jarrett - 02 January 2021
Max Haymer doesn't so much introduce his piano to a tune with due deference as make overtures to it, fire it up, and give it a sweaty workout. He...