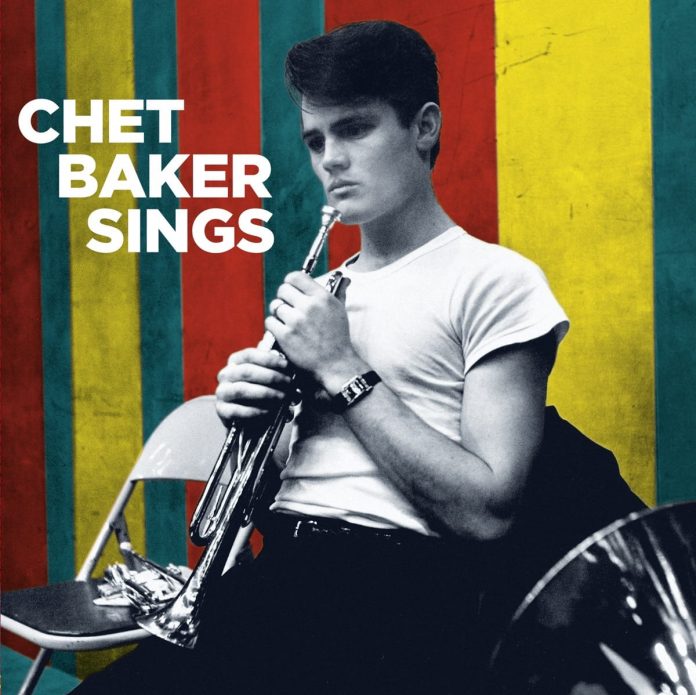 This new vinyl release contains all 14 tracks that originally made up the Pacific Jazz 12” LP plus two bonus pieces from March 1955. Baker sings these standards with relaxed panache, his voice warm, unrestrained and flowing along naturally. Baker’s magic was that his trumpet playing was just as unique, just as smooth, with never a hint of vibrato.

All selections are pure modern jazz of the day. It is to Baker’s credit that he alters them enough in his improvised lines to make them sound unique without ever making it appear as though he has done anything to change them. There are no build ups, no crescendos, no high-note blasts. None are needed or necessary. Just free-flowing, melodic interpretations of hardy standards.

The first six songs making up side 1 were originally released by Pacific as a 10″ LP. Later they added some earlier tracks made in 1954. All compositions feature Russ Freeman, whose piano and celeste frame every Baker solo, vocal and instrumental; on a few tunes he adds piano solos. He was also responsible for all the arrangements. He was a good friend and colleague of Baker and helped considerably towards the trumpeter’s success.

Jimmy Bond and Carson Smith are the main bass players although there are four different drummers featured and one other bass player. Only one track has Shelly Manne on drums and oddly this is the only one that jars slightly. Rather than a vocal followed by trumpet solo or vice versa, this one has Baker accompanying himself on overdubbed trumpet.

This is one of Baker’s best and most popular releases. The present release is a bright affair with colourful graphics on the cover and the music comes on clear blue 180-gram vinyl. Notes from Jazz Magazine and an appreciation by Brian Morton are also on offer.

Discography
That Old Feeling; It’s Always You; Like Someone In Love; My Ideal; I’ve Never Been In Love Before; My Buddy; Let’s Get Lost; But Not For Me; Time After Time; I Get Along Without You Very Well; My Funny Valentine; There Will Never Be Another You; The Thrill Is Gone; I Fall In Love Too Easily; Look For The Silver Lining; Just Friends (48.12)
Baker (t, v); Jimmy Bond, Carson Smith, Joe Mondragon (b); Russ Freeman (p); Peter Littman, Laurence Marable, Bob Neel, Shelly Manne (d). L.A., 1953-1956.
20th Century Masterworks 350201

Michael Tucker - 08 September 2019
The name of Grønseth's fine quintet – all Norwegian apart from the English-born but long Norwegian-domiciled Powell and the Icelandic Scheving – signals admirable ambition. Born in 1979, Grønseth –...