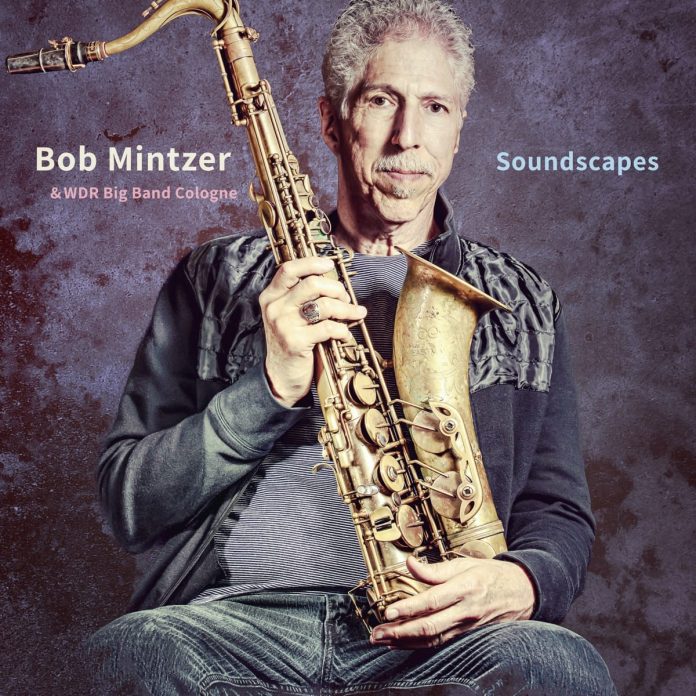 It’s been six years since Bob Mintzer took charge as chief conductor of the WDR Big Band, and during that time he’s organised concerts and album releases featuring many guest performers. This time, it was the turn of Mintzer himself to arrange his own compositions for the band. There is no specific theme or message in Soundscapes other than highlighting the virtuosity of the players involved.

This original set of music opens with Mintzer on the Electric Wind Instrument (EWI) alongside intertwining brass and saxophone lines. The session continues with a tune called The Conversation, featuring extensive percussion and complex grooves. The tempo is turned up with Stay Up, a fast-paced swing number that instantly screams Buddy Rich. There are ferocious solos by Mintzer on tenor saxophone and Johan Hörlén on alto.

Mintzer always strives to include a variety of styles in his repertoire. Montuno ticks that box with the addition of Cuban rhythms. He had the pleasure of performing with Tito Puente for a year in 1974 as well as Eddie Palmieri in 1981. According to Mintzer, Whack was a complete experiment: “I tried to just obscure any sort of habit or procedural thing I’ve ever one and just blindly started throwing notes at a score in cluster-ish sounds over this slow funk beat.”

Describing the album as a whole, Mintzer said: “My mission in creating the music here was to make a warm, beautiful sound, with the occasional smattering of complexity amongst singable melodies, interlocking rhythmical counterpoint, and an amalgam of grooves from around the world.”

In summary, the music is as impeccably arranged as one can expect from Mintzer. Like Duke Ellington, he considers all musicians within the band and tailors the music towards their own individual voices.

Pat Metheny: From This Place