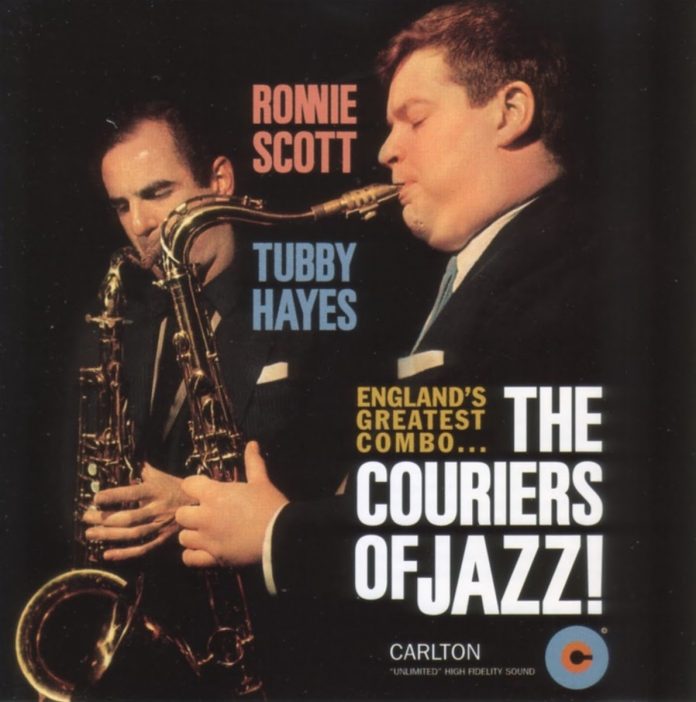 It has always been a feature of jazz that bands are short-lived. Such is the ferment in current jazz that there must be changes, schisms, and regroupings all the time. There is no point in bewailing the situation. We should be thankful that some groups have time enough together to make their contribution, and that some of it is recorded.

Some people consistently undervalued the Couriers. Part of the trouble was the confusion caused by having a front line so much lacking in contrast (although Hayes’ work on vibes made a change), and by having two leaders whose ideas and capabilities ran so much together. In its time – two years – it became a real group, and a very good one.

About this local rhythm section, there were no doubts, apart from very slight reservations on the drumming which now tends to be endemic. We are fortunate that the Couriers’ work was recorded at its peak. This record is excellent.

In spite of its apparent ease and relaxation, this is a session which gets by without free-wheeling. It is concen­trated jazz, and there is something good in every track. Terry Shannon’s piano is admirable, as one expects. The arrangements, mostly by Hayes, are full of interest. The work of the two leaders is assured and inventive, with Scott’s authority contrasted with the greater exuberance of Hayes.

“In Salah” was the first track I heard, which made me seek this record out, and with “After Tea” provides for me the best moments of the record. The first contains a notable chorus by Tubby Hayes, and the second some of the best piano of the session. “My Funny Valentine” employs some of the best writing, and this – like other slow num­bers – emphasises the quality of the group.
Graham Boatfield

Nina Simone recorded her debut album Little Girl Blue in 1957 and she would not record again for two more years. In 1959, she...

The British jazz pianist Geoff Castle passed away suddenly on 15 January 2020 at the age of 70. Geoffrey Charles Castle was born in...

Following on from Mulligan Memories, part 1 and part 2, Arlyne Mulligan concludes the story of her life with Gerry Mulligan as told to Gordon...

Confronted with this massive tome – a solid 752 pages weighing in at around 1.8 kg – the first question to ask is why...

Having had the original version of "Strange Fruit" in my possession for almost 20 years, I find it difficult not to be prejudiced against...