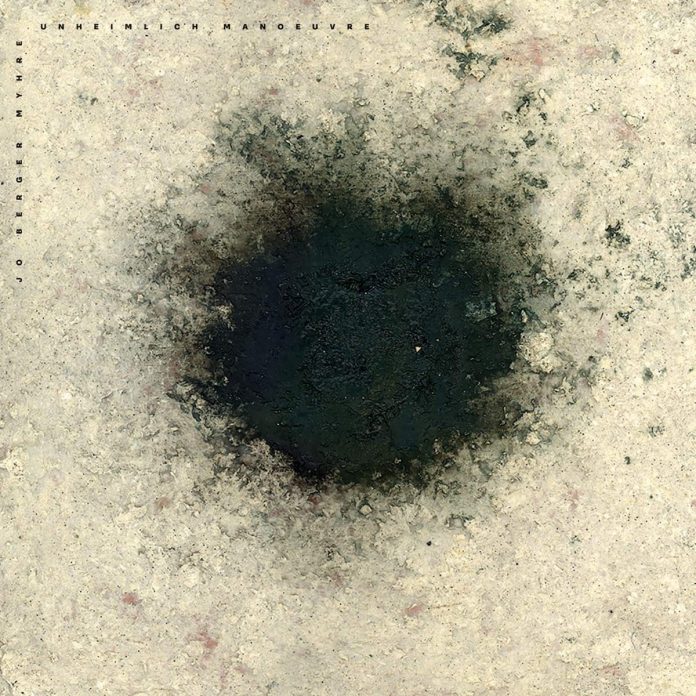 It’s hard to imagine that any reader with an interest in contemporary European jazz and experimental music will not have encountered Norwegian bassist Jo Berger Myhre at some point during the last decade. His work with dark-jazz pioneers Splashgirl, maverick guitarist Geir Sunstøl, ambient improviser Ólafur Björn Ólafsson and Nils Petter Molvær’s current quartet covers a vast spectrum of sound, but until now his musical endeavours have largely been acts of collaboration.

Like so many releases of recent months, Myhre’s solo debut is a product of lockdown. While the title might suggest an unpleasant medical procedure, “Unheimlich” actually translates as “eerie” or “uncanny”, and in this context Myhre signals the apparent incongruity of familiar sounds set within strange and unfamiliar soundscapes. Recording, editing and mixing entirely alone, Myhre plays his vintage upright bass through a complex effects loop, generating a staggering range of orchestral and percussive sounds which are then carefully overdubbed into each piece.

All but three of the tracks feature remote contributions from a familiar cast of guests. The solo bass pieces are perhaps the least processed tracks of the album, Myhre’s rich woody sound, spare electronics and appreciation of space on Sustainer and Inner Relations suggest later Arild Andersen. The menacing sub-bass explosions which introduce Everything Effacing are wonderfully unexpected, and there’s more than enough here to suggest that a future solo bass and electronics album wouldn’t be wasted.

Unheimlich? Well, there are certainly quite a few surprises scattered along the way, but no matter how eclectic the mix, Myrhe’s singular vision holds it all together quite brilliantly.