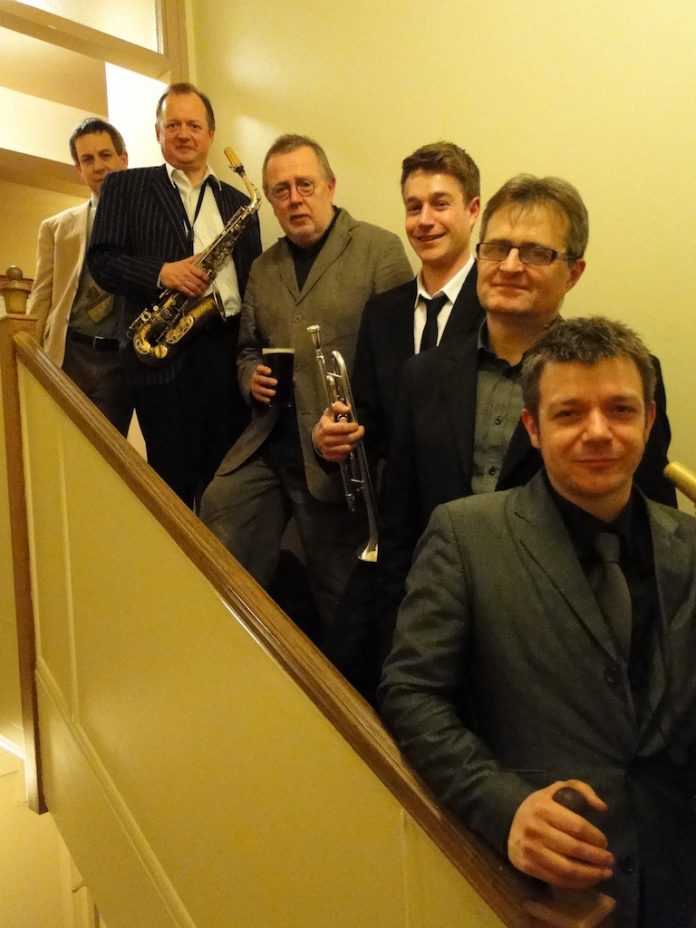 Miles Davis’s 1959 Kind Of Blue was one of the fastest-selling albums of all time, placed itself firmly in the cultural vanguard and has attracted commercial and critical interest across a wide range of audiences for six decades. In a packed-out club on a fresh spring night in 2019, Terry Seabrook’s Milestones played homage to the album and the players – Davis, Paul Chambers, Jimmy Cobb, John Coltrane, Julian “Cannonball” Adderley and Bill Evans, who could never have known just how big it would become. “It’s 60 years since Kind Of Blue came out”, quipped pianist and bandleader Terry Seabrook to the audience. “That’s not how long we’ve been playing it though!”

At first glance, the Milestones sextet, dressed in formal black suits, brass section to the fore, seemed content to reproduce the monochrome cellar-bar “cool” atmosphere of the era. Nardis, co-written by pianist Bill Evans and Davis, introduced the first set. It featured deep resonant bass runs by Paul Whitten on double bass and bright, questioning tenor sax solos from Andy Panayi, with Seabrook on piano in the role of the classically trained Evans, known for his characteristically delicate interpretation of Davis’s ideas.

Despite the influence of the original lineup in the air, the Milestones players avoided being defined by them. Instead, they gave the audience their take on what it might have been like to be presented in the recording studio with those first rough sketches of melody and chords.

Like an abstract painter, throwing a vibrant palette of jewel colours across numbers like So What, Spike Wells responded to trumpeter Martin Shaw’s long melodic lines with shining textural and rhythmic embellishments. Freddie The Freeloader had Alan Barnes’s sensual, snake-like alto sax making witty, effervescent conversation with Whitten’s booming bass interludes. Shaw’s trumpet wove a glittering thread through the meditative fabric of Blue In Green; the piano painted bright, optimistic reflections of the joyful feel of studio player Wynton Kelly. At this point in the performance, it seemed the artist they called the “Picasso of Jazz” was very much alive.

Seabrook exhorted the audience to “turn the vinyl over” for the second set. His own composition That’s What conjured up the inventive spirit of the original, without making a pastiche of it. Three Miles High had Whitten’s double bass dancing its way across rippling, lyrical piano passages. On Davis’s Sketches Of Spain, Wells fused Latin percussive dialogue with the plaintive cry of Panayi’s tenor sax, soon giving way to the imperious trumpet call. Complementing the percussion, the piano got into a majestic stride while retaining a smouldering Iberian sensuality. The pacy Sketches Of Miles gave Alan Barnes, on alto and baritone, the chance to demonstrate the funkier aspects of Davis emerging from the hard-bop character of the earlier material. In contrast, Sketches Of The Orient sees the band meandering and flowing, river-like, over its five modes in turn.

The Devil’s Own part of the programme showcased Davis’s later, quite different, experimental second quintet comprising Herbie Hancock, Ron Carter, Wayne Shorter and Tony Williams. Characteristic of this period, the drums were given a lot of additional space to develop, rolling in and out like the ocean tides. Similarly, the deeply percussive Seven Steps To Heaven, co-written by Davis with Englishman Victor Feldman, is a lively, groovy and bouncy number, chattering and sprightly, with an arresting melody and an upbeat finish.

The Milestones players share a modest, unassuming, working-musician ethos with the original recording quintet. To quote Bill Evans, they have in common the idea of “bending to” group improvisational performance, few supergroup pretensions and a real dedication to the music. As a result, they lay it down in a vein much of its time, but somehow still remaining timeless: an essential live experience for anyone interested in Miles Davis.