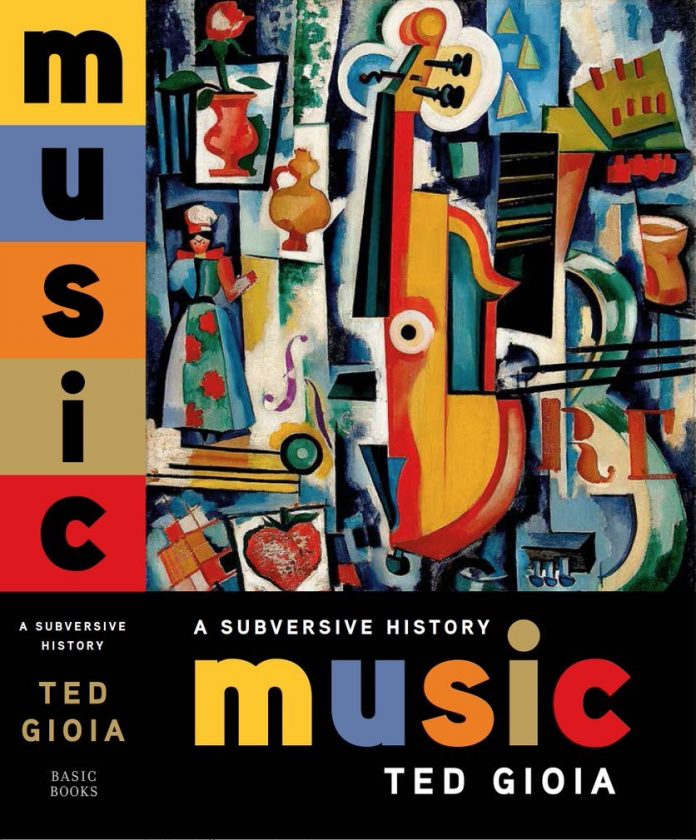 Ted Gioia is a musical thinker, as well as a jazz critic and historian – his concept of the aesthetics of imperfection has inspired reconsideration of the relationship between improvisation and composition, and his series of books on the history of jazz and popular music features the most thoughtful insights.

This new title is apparently a popular condensation of his books Work Songs (2006), Healing Songs (2006) and Love Songs: The Hidden History (2015). The book is both a history of subversion in music, and a subversive historical work – its subversive aim seems to be criticism of the academy and high art.

“The real history of music is not respectable”, Gioia claims. As he writes, in terms both grandiose and eloquent, the “shameful elements of songs – their links to sex, violence, magic, ecstatic trance and other disreputable matters – are actually sources of power, serving as the engines of innovation in human music-making.”

Chapter 7, “The Invention of the Singer”, argues that “for most of human history, the song was more powerful than the singer – performers and composers were so unimportant that their names weren’t preserved … The music articulated communal priorities and demands” (p. 91). I’m not sure that this is the feature of the song, as opposed to art in general – yet conversely, as Kubik argues in his recent Jazz Transatlantic, (reviewed in Jazz Journal) that collective effort is sustained by individual investment of self-training, necessary for acquiring instrumental and other practical skills.

Chapter 13, “The Invention of the Audience”, rightly asserts that this concept – derived from the Latin audientia, the act of hearing or listening – “may be the most misunderstood concept in all of music”. Gioia argues that “it certainly existed before, but got legitimized as an arbiter of cultural tastes only after the intercession of the [medieval] troubadours” (p. 183); however, I’d argue that the professionalisation of art and entertainment, which occurred from the 17th century, was more important. According to Gioia, “most music during the course of human history has flourished without requiring any audience to legitimize it … Indeed, in many cases, no meaningful distinctions between performer and audience can be drawn” (p. 185). Instead of singing for God and country, “entertainers now performed for the enjoyment of listeners – in fact, were expected to please their audience” (p. 186). Gioia sees this as the beginnings of mass entertainment, an “enjoyment-driven aesthetics” that aims to create the greatest amount of pleasure for the greatest number of people.

To reiterate, the subversive aim seems to be criticism of the academy and high art. Thus Gioia criticises the neglect of dance: “Rock megastars would have laughed in derision had anyone suggested that knowing slick dance steps would be essential to their career.” However, “the defining artists of [the 1980s], Michael Jackson and Madonna, [the] new-era MTV stars, spent more time working on their dance routines than studying music theory”. With Thriller, “never before had so much ancillary talent gone into making a hit record”.

He has interesting things to say on the origins of rap: “By the time the rappers came on the scene, the music world had mostly forgotten the power of monophonic chant.” One of the best chapters is the final one, “Welcome Our New Overlords”, on the decline of the record industry in the 21st century. Like all of Gioia’s books, A Subversive History is consistently challenging and rewarding.