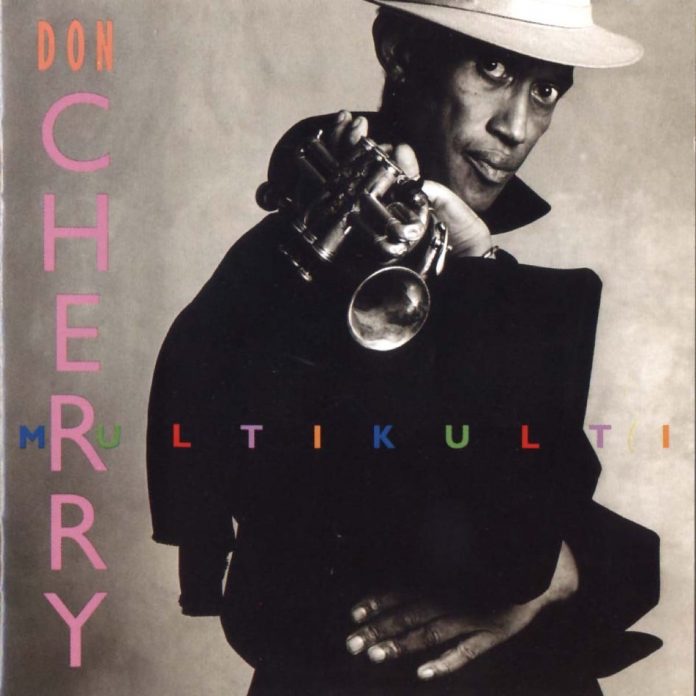 Don Cherry has always been an important figure in the avant garde, having worked with many of the most important musicians of the movement. When he was with Ornette Coleman in the early 1960s he favoured a Pakistani pocket trumpet with a distorted mouthpiece, an instrument which he uses here. Then and through­out the 1960s and 70s he used a variety of unusual instruments, many of African or Asian origin including the doussn’gouni (a kind of guitar) and wooden flutes from northern Europe.

These too surface once more and so do some of Cherry’s former associates. Blackwell and Vasconcelos were with him in earlier decades when he proved to be one of the most adept of the many musicians who attempted a satisfactory incorporation of Eastern and North African musical ideas.

The form in which Cherry has chosen to work has usually meant that his work is fascinating, even if that fascination is usually cerebral rather than heartfelt. On this set such criticism has to be reserved for some of the accompanying musicians rather than for him. In­deed, it is his trumpet playing which is the highlight of the album. On Until The Rain Comes he effectively underscores Sertso’s ethereal and rather repeti­tious vocal line (and there is also some good, tough trombone from Harvey). Some of the other tracks seem to lack ensemble bite although.

Mulitkulti Soothsayer has an excellent rhythmic background from Serafine’s synthesizers. Everywhere on the band tracks, however, regardless of what else is happening, Cherry’s trumpet playing saves the day. I was less happy with his flute work and the melodica, while interesting, is, I feel, an idiosyncratic instrument. By a substantial margin, my favourites are the two most boppish tracks, Birdboy and Pettiford Bridge, on both of which the leader’s playing is outstanding. Very good playing time and ex­cellent sound quality.