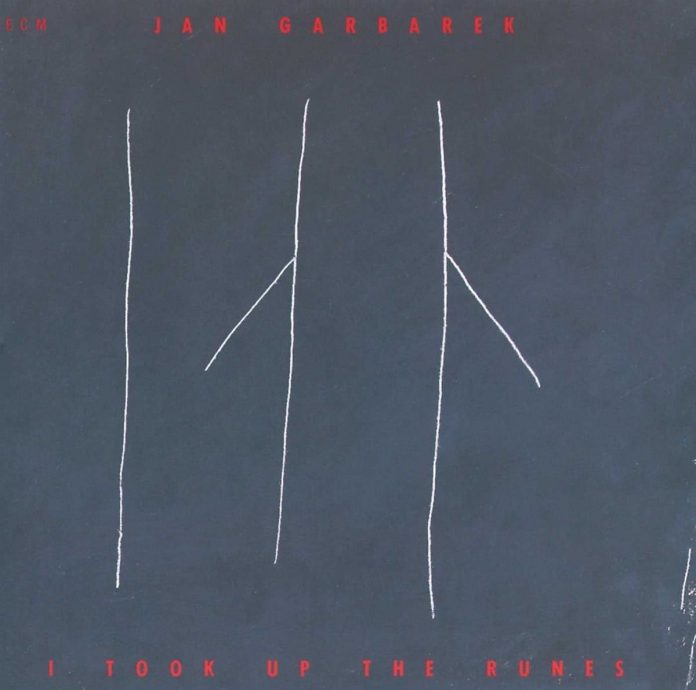 Augmenting his regular quartet to both colouristic and rhythmic effect, Garbarek has produced an album of striking quality. Compositionally, it is one of his strongest yet; while from an in­strumental point of view, the ex­pressivity in the highest ranges of the tenor which is revealed in the title track, for example, is surely unique.

A significant portion of the album develops the affinity for Sami (Lapp) music which Gar­barek revealed on the 1988 Legend Of The Seven Dreams re­cording. The opening, nudgingly insistent Gula Gula (Hear The Voices Of The Foremothers) was composed by the Sami musician Mari Boine Persen, whose own vocalised version of this appeal to respect the earth can be heard on her 1989 recording for Peter Gabriel’s Real World label. And on both His Eyes and Rahkki Sruvvis, the male Sami singer Ailu Gaup contributes some highly spirited joiking.

As is usual in Garbarek’s music, ostensibly simple means and motifs evince the art which conceals art. The Norwegian Wesseltoft’s synthesised harmo­nies and occasional melodies dovetail with the filigree work of Bruninghaus, whose meditative piano is given solo rein in the ex­tensive coda of Vientos – a minor-hued, rhythmically diversi­fied composition, somewhat re­miniscent of the moods of Gar­barek’s 1983 Wayfarer album.

The music moves seamlessly from moments of sculptured gravity to infectious, highly danceable passages, as Katché – who will be a familiar name to Sting enthusiasts – adds a finely turned beat to Vasconcelos’s atmospheric touches. Weber is as imaginative as ever: he lays down a characteristic ‘floating groove’ behind the spiralling, sometimes savage power of Gar­barek’s tenor on Runes, and sup­plies both lead melody and absorbing arco ‘soundscapes’ in Part 3 of Molde Canticle.

Composed by Garbarek for last summer’s celebration of the thir­tieth anniversary of the Molde festival in Norway, this lovely, noble suite is the heart of the record. Some 30 minutes in length, it moves through a series of orchestrally and rhythmically rich variations on a haunting ascensional theme, of folk-like simplicity. Like much of the music on an album which deser­ves to be widely heard, Molde Canticle confirms Garbarek’s sta­tus as one of the great poets of jazz.