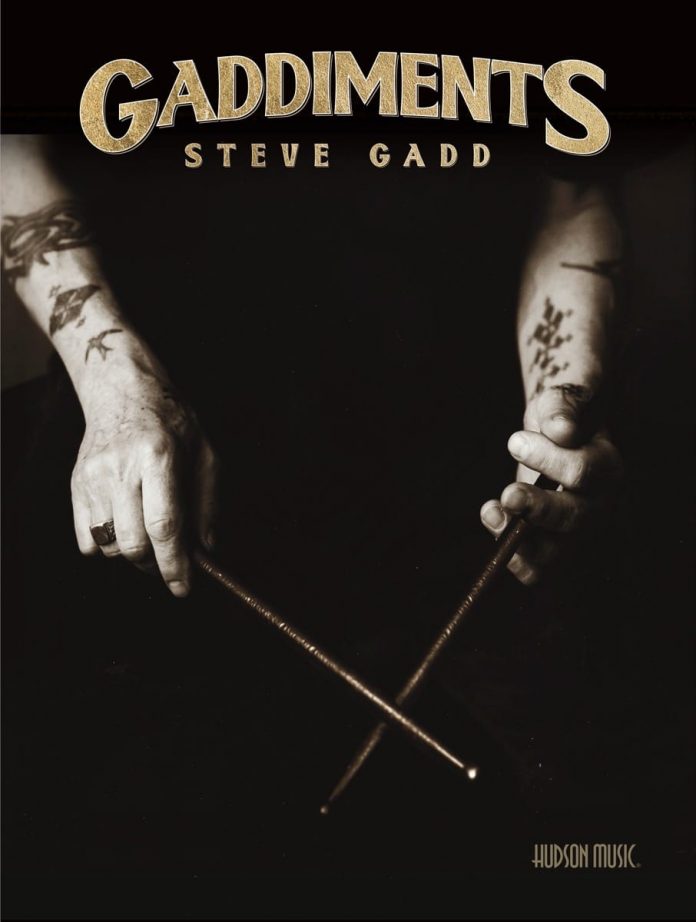 There were gasps of excitement from drummers worldwide last July when Steve Gadd announced, via Drum Hangs on Zoom, that he’d been busy working on a drum book since the start of the pandemic.

In the confines of his garage, demonstrating some of his ideas for the book on a plank of timber with some rubber-tipped sticks, he explained it would be centred around the application of rudiments, the kind of things he’s been playing around with since his drum corps days in the late 60s, prior to becoming one of the most recorded and influential players of his era. Gadd has spent the best part of 50 years working in studios or on the road with some of the world’s most celebrated artists.

Of course, fans of Gadd’s will know that rudiments are at the heart of some of his most legendary grooves, and his military-inspired groove for Paul Simon’s Fifty Ways To Leave Your Lover is an obvious example of this.

The deftly titled Gaddiments is not only his first self-composed book, but also a real “return to the source” moment for the veteran drummer, a nod to where it all began and the chops he first worked on before bringing them to the drum set in such a big way.

Given Gadd’s reputation and the material in this book, it comes as no surprise that Gaddiments is already being hailed as an instant classic, and rightly so. The exercises across its 45 pages have, at Gadd’s request, been hand-engraved for clarity and comfortable reading and may remind some, layout-wise, of the old 1960s N.A.R.D Drum Solos book which Gadd undoubtedly worked through in his youth.

The book begins with a strong warm-up exercise and moves into flam, paradiddle, ratamacue, double stroke and triplet exercises, all of which are presented in a traditional form before being marked with accents or displaced to create stunning musical phrases that students can lift from snare to drum set.

As if 37 freshly composed written exercises from Gadd isn’t enough, he has taken the time to demonstrate all of them in some perfectly presented videos free to download with the book.

The slick layout of the pages and instant musicality of the exercises will no doubt make it the new go-to book to address stick technique and phrasing. As drum packages go, Gaddiments is one of the most inspiring to come along in a long time, a complete game-changer for drummers that, like Gadd himself, will surely continue to inspire for many years to come.

Simon Adams - 10 March 2019
I have always – wrongly – thought that Oregon was an ECM creation, one of Manfred Eicher’s inspired combinations that stuck together for a short time and then went...