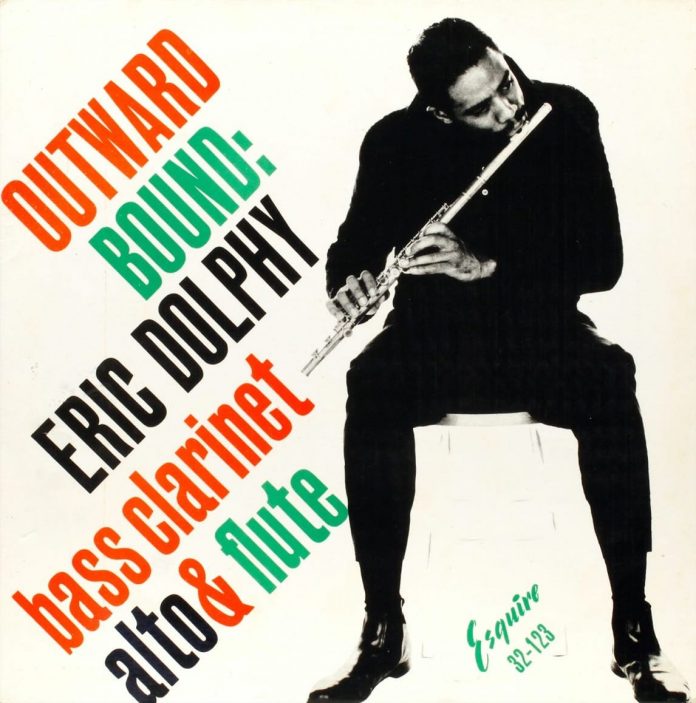 Someone develops a new kind of fruit. It’s, let’s say, a cross between a banana and a grapefruit. Before people get the chance to make up their minds about it, some nut comes along and tells them it’s the greatest thing since sex. Now this is the strange thing: the minute that happens this nut with the peculiar palate is the authority on that fruit.

A piece of time ago I wrote lengthily and enthusiastically about Ornette Cole­man. Next thing I know I’m the local authority on that gentleman, a be­wildering fact when you consider my complete lack of qualifications for the honoured post.

Worse still, let a jazzman come along, like Eric Dolphy, and people like Sin­clair Traill think I’m just the lad to deal with this new far-out one. So I get Mr. Dolphy’s first release in Britain and profundities are expected.

There’ll be none. Mr. Dolphy doesn’t warrant them. Lengthy hearing of this record – I goofed on getting it in for last month’s reviews and have had a lot of time to listen to it – convinces me that he is to Ornette Coleman like a warped toothpick is to the Tower of Pisa. They’re both out of true. There it ends.

Mr. Dolphy, contrary to the sleeve title, is strictly earthbound. Take his in­ept flute solo on the lovely Rodgers & Hart tune, “Glad To Be Unhappy.” Lousy intonation, faulty breathing, no invention, woodwindy trills in place of feeling. When I think of what either James Moody or Frank Wess would have done to this minor masterpiece, flutewise, I shudder with shame for Mr. Dolphy.

The sleeve-note claims: “This is the sound of the Atlas missile, the sound of the Pioneer radio blip from outer space.” All I can say is, Sinclair should have asked Yuri Gagarin to review this record; now there is an authority.

If all you space cadets will bear with me, I’ll have a go at running through the rest of Mr. Dolphy’s offering, paus­ing before we take off to tell you that Messrs. Hubbard, Byard, Tucker and Haynes, acquit themselves well in these shrill meanderings.

My favourite track is “245”, but then I always liked the blues and all the moonbound lads involved in this vent­ure play excellently. It would have been one hell of a surprise if Hubbard and Haynes messed up a relatively simple blues.

“Green Dolphin Street” is extremely pleasant. I enjoyed it. Trouble is, I can’t believe that was all I was meant to do. Shouldn’t I have had at least palpitations, perhaps?

“Miss Toni” is Dolphy on the bass-clarinet playing a batch of predictable phrases. Hubbard fails to rise above Dolphy’s beginning. Only the rhythm team save this one. Dig Haynes here. An intelligent, brief drum solo, but then Haynes has yet to record poorly and if my copy of this record never reaches Dobell’s second-hand counter it will be because of him.

“G.W.” and “Les” are tired tirades advertised on the sleeve-note (Ron Eyre) as “one step ahead”. What they lack all the way is intensity, the quality that transforms so many of Ornette Coleman’s faults into virtues. Mr. Dolphy just sounds like’s he’s working hard.

Matthew Wright - 08 October 2021
In the 1970s salsa really took off, thanks largely to Fania Records and the Fania All Stars, who spread the sound from the clubs of New York to the...