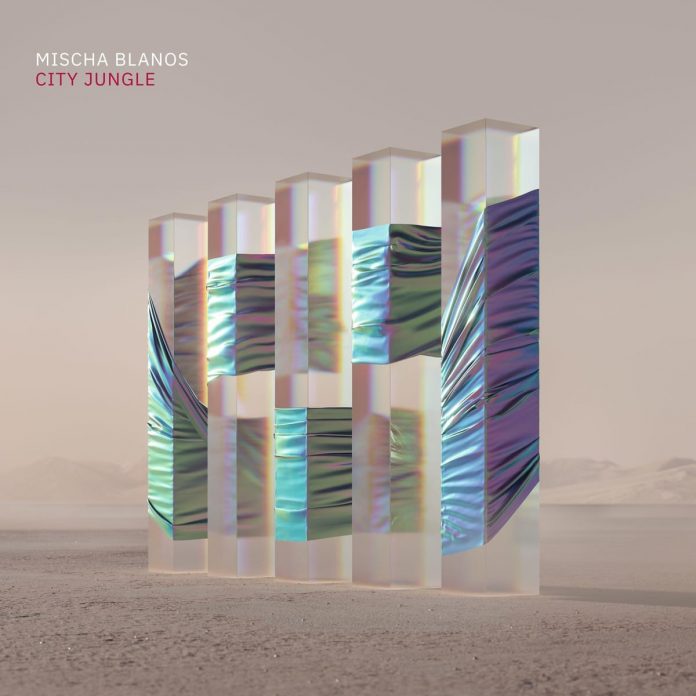 Some years ago Michael Nyman used the title “minimal music” to refer to some aspects of his work, whilst acknowledging the limitations of labelling. It was, as here, an amalgamation of classical, electronic, jazz and popular forms; on the surface a set of contradictions. This album is best assessed simply as “modern music” and as such it has a range of reference points, some which work well, others less so.

As a pianist, Blanos puts the emphasis very much on that instrument, and this dominates and guides. The work varies between the dramatic and vibrant as well as contemplative and serene. Some, like Nyman’s music, sounds as if it is made to accompany film or the visual arts, and in this respect it effectively touches the emotions – urgent, pressing, then at other times melancholic and sensitive but never passive. In general, tempos build up, giving momentum to the incorporation of fuller orchestral textures, by the use of synthesizer or electronica rather than orchestra.

Blanos’s compositions over the years have reflected an urban setting, human activity often in conflict with the natural world, and that is evident here, a collection of moods often at variance. Some have a pulsating loop – The Aerie combines it with frantic percussion at which the piano valiantly strikes to assert itself. Similarly the formality of the piano on Audition At 9 is at odds with and subsumed by the electronic pulse, bass notes and sustained line of sound which creates tension and threat.

I have reservations, as ever, about drum pads/machines and their lack of resonance, and the pulsating dull thud on Innervisions seems intrusive, although possibly an accurate representation of the sound of the city. Fluorescence sounds like “beady-eye music” – the eyeball in the CCTV camera. We are not alone.

However, Steppe is a Satie-like piece, marvellously disconcerting in its minimalist eeriness, whilst City Jungle is a tour-de-force which succeeds on several levels, steadily developing with different strands intertwining. Crystal ebbs and flows as an evocative piece of acoustic piano playing.

I found myself listening to this album in a variety of settings – a garden overlooking an estuary; lying in a darkened room; travelling through town; even in my van rattling along the A14. Each time I got something new from the music and couldn’t help thinking it felt like a soundtrack to a life. Though not mine.

Gordon Jack - 08 February 2022
This edition of Jeff Hamilton’s well-integrated trio has recorded eight CDs since 2004. One personnel change occurred in 2019 when Jon Hamar replaced Christopher Luty on bass. Hamar had...