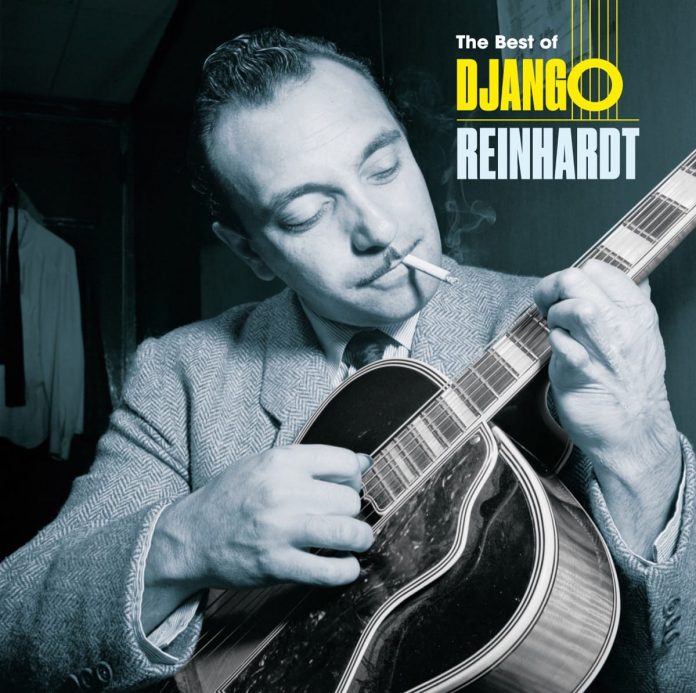 The Grappelli-Reinhardt pairing was so talented and original that it felt like a movement. Jazz was an American product but who in America could match Django? His joyous or reflective emoting was perfection. As for his rhythm mastery one has only to listen to the way the rhythm section falls away when he leaves it and how it gets booted up the backside when he returns.

To find his fellows one must look in the box that contains the Parkers and Tatums of this music. And, to make your day, this CD probably does contain the best of his work, at least before the later period.

The remorseless power of his strumming, some of the most powerful punctuation in jazz, is illustrated in Body And Soul, casually tossed off in a version to challenge Hawk’s. Big Boy Goudie plays well on his blues, sounding like an early Ed Hall, and Bill Coleman makes one wish for more. The perfect session with Rex and Barney is included whole, but sadly there was only room for one track from its equal, the sessions with Dickie Wells (Japanese Sandman). But you can grab all the Wells tracks plus some excellent Bill Coleman on second-hand Affinity AFS 1004 on Amazon for a couple of quid.

Liszt’s Liebestraum sounds as though it was written for Django and Steph. It gives way to a most propulsive Miss Annabelle Lee. Swing Guitars has big band backing, a crass and dreadful mistake, which yet can’t damage the five stars.

I’ve always believed that, although Stéphane had the superior technical ability, Joe Venuti bested him in the violin stakes for his superior improvising. Now I’m not so sure. The Gallic jazz had its own values and here is a perfect example of its apparent perfection.

Sound quality is excellent throughout and if I was choosing the record of the year, I’d be hard put to get past this one.

Gordon Jack - 26 January 2022
Chris Connor made her singing debut during the last hurrah of the post-war big band era. A well-schooled musician who had studied the clarinet for several years, she started...

Jule Styne: There Goes That Song Again – His 27 Finest...