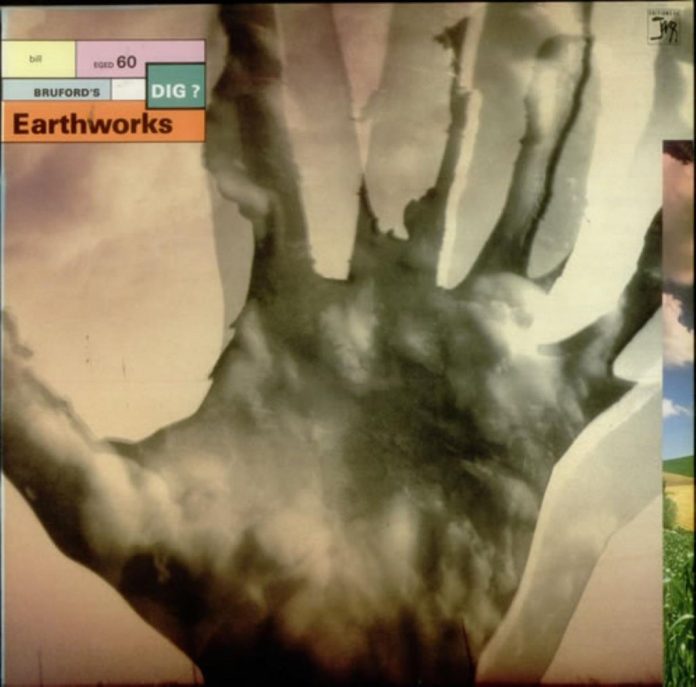 Bill Bruford will be remembered for his sterling mid-seventies jazz-rock band with Allan Holdsworth, Kenny Wheeler, Annette Peacock and others. But not con­tent with past glories, he has in recent times poached his share of the new generation of British jazz talent. His current band – this is its second and best release – fe­atures young Turks Ballamy and Bates (see Loose Tubes) and a new bassist, Tim Harries, who re­places Mick Hutton. Harries seems happier with the electric bass, which is fine by this mate­rial.

Tunes are by everybody and Tony Hatch (the latter a mutant arrangement of Downtown by Bates which will not be entering the top 40). Some of the ideas seem painfully contrived (Stromboli passes through Afro, hi-life, Turkish folk and rock) and there is too much of the upper fifth zaniness which plagues the better educated branches of British jazz. No clear musical identity emerges, and more often than not one feels played at rather than for, especially when Bruford starts clattering around the elec­tric kit.

However, there are highlights. Ballamy plays a muscular tribute to Shorter on Downtown; Pil­grims’ Way is a sensitive ballad illuminated by more bleating tenor; Bates displays an author­itative command of synth patches throughout (note his wailing guitar imitation at the start of Frith St); and the menac­ing 15/8 bass groove on Libreville virtually compensates for the anaemia of Gentle Persuasion. Libreville also prompts Bruford to behave himself and start driving his band.

Earthworks are going in the right direction, but next time I would suggest an embargo on anything over 35 key and tempo changes per minute.
Mark Gilbert

Roger Farbey - 16 March 2021
The four-to-the-floor Double Shocking Busy opens this intriguing set with unfettered gusto and in so doing succinctly lays out this quartet’s hard-rocking manifesto. But there are plenty of nuanced...