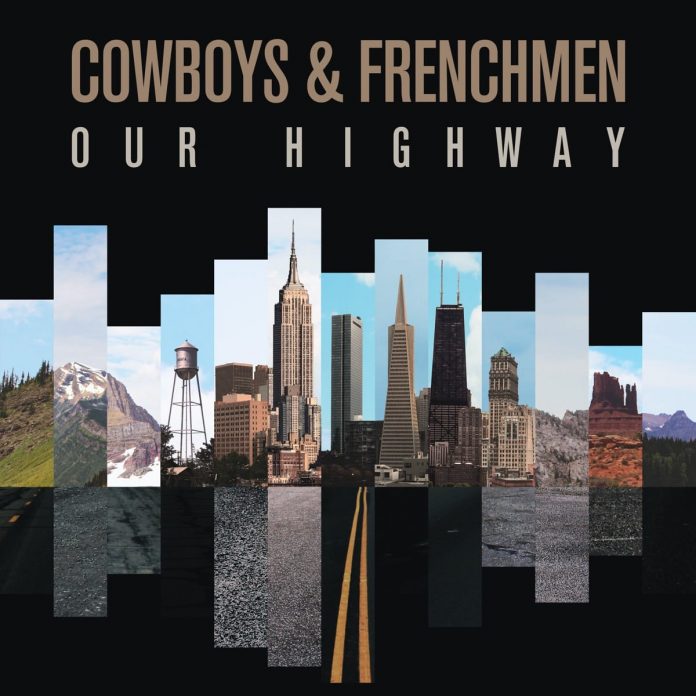 If there are five guys I would want to carpool with, driving along the freeway in America, it would have to be the artistic, innovative musicians of Cowboys & Frenchmen.

Their name thoughtfully echoes the short film by David Lynch, The Cowboy and The Frenchman. A fusion of the traditional western cinematic world with a liberal stance, the film aptly reflects the jazz quintet’s vision of creating music which appreciates the past whilst pioneering the future for a new, inspiring jazz realm.

Audiences are presented with footage of the group performing live, juxtapositioned against mesmerising scenes of the busy streets of New York City and the idyllic landscapes from Florida to California. The vision and composition for the album, led by Ethan Helm, captures the experience of life for travelling jazz musicians, with footage from the album taken by the whole band. The visual story reflects the musical timbre and emotion of each track. The intimate cinematography of the green woodland in the opening track American Whisper: Pines, and hectic, fast-paced motion of American Whispers: Streams are contrasted by the ethereal, far-removed filming in Alice in Promisedland.

However, is this imagery really necessary? A jazz traditionalist might argue the soundscape of dynamic, virtuosic jazz fused with influences of free jazz and bebop, can and should stand on its own. However, in a society that has become obsessed with the visual message and too impatient to just appreciate the audible, this album engages all the senses respectfully. So, traditional jazz listeners out there – I would urge you to succumb to the sensory road trip of Our Highway.

Steve Voce - 29 December 2020
Fresh Sound give the date of this recording as 1955, and Miles did play at the club in March of that year. But Jimmy Woode joined Duke Ellington in...