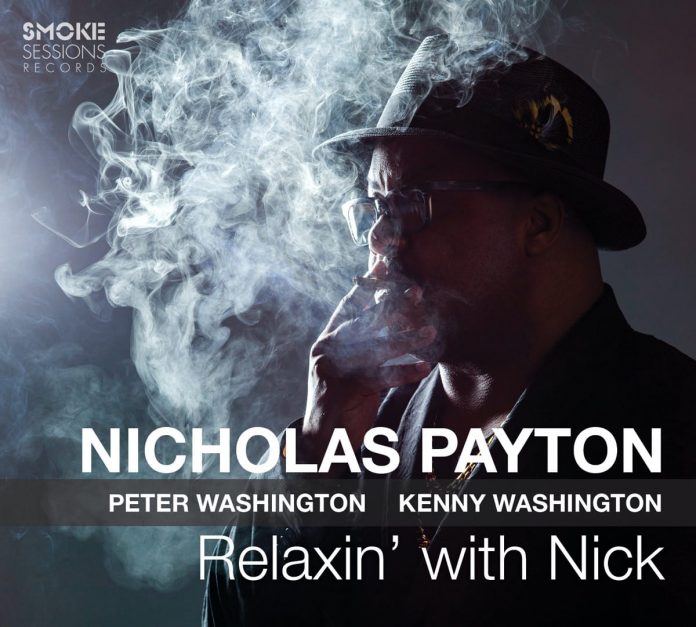 Well known as a skilled trumpet player, Payton here emerges in addition as a competent pianist, on the steam and Rhodes version, and as a vocalist. He also adds samples to some tracks which might suggest a degree of overkill. The live audience are vocal in their applause though so maybe this sounded a lot better live than on record.

From the start you get the impression a quartet or even quintet is playing as on most selections Payton plays trumpet, piano and often Rhodes solos too as he is whisked along by the groove-solid thrust of Peter and Kenny Washington. These two biologically unrelated musical brothers provide propulsive support at all tempos, whatever the leader is up to.

He gets up to quite a lot, switching often in mid solo from trumpet to piano and, on When I Fall In Love, to a slow, stylised vocal. An 11-minute Stablemates begins with noodling on Rhodes and segues into a trumpet solo. Although straightahead for the most part, Payton varies his improvised choruses with tempo changes and deft use of dynamics.

At times Payton plays trumpet and Rhodes simultaneously although how he manages that unless he possesses four arms and four hands, I have no idea. Unless the Rhodes was overdubbed later.

Tea For Two is a successful track, a hard-swinging, straightahead trumpet and piano excursion with the Washingtons driving him along effortlessly. Payton says he produces sketches which he discusses with the rhythm section before they improvise on them. There are few formal arrangements on offer on this release.

Payton claims Ahmad Jamal as a main influence and some pieces have him working through some typical Jamal licks and using that pianist’s ideas of space, light touch and economy of notes.

CD2 is more Rhodes with many interjections from the other instruments. 1983 is mainly keyboard, as is I Hear A Rhapsody but Payton will often start a solo on Rhodes, switch to piano and then back again, mid solo. He finishes them with a flourish of trumpet, on the latter rather wild and free in approach.

When I Fall In Love has a painfully slow vocal by the leader with many long notes, intervals and all delivered in a gender-neutral voice. He should definitely never consider giving up the day job. This issue has its moments of hard-driving straightahead jazz but with much noodling and some frivolity.

Andy Hamilton - 04 June 2021
I'm not sure how this happened, but I was unfamiliar with Joe Lovano and Dave Douglas's Soundprints quintet, a tribute band to Wayne Shorter. Their debut appeared on Blue Note in...