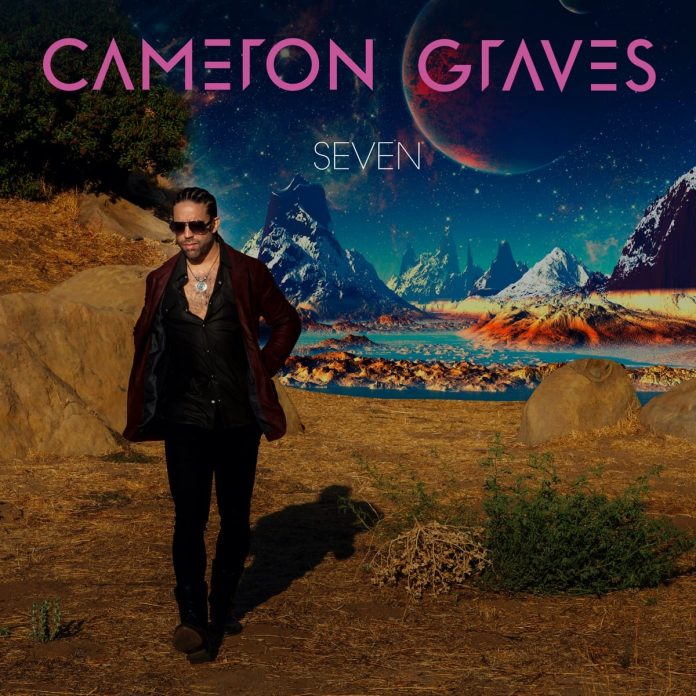 The burgeoning contemporary jazz scene has several key players, not least the LA-based jazz group West Coast Get Down, of which pianist Cameron Graves has been a member since its inception. The group have worked with artists such as Chaka Khan and Prince, and individual members have also had great success.

Bassist Stephen “Thundercat” Bruner’s albums Drunk and It Is What It Is have been hugely successful in their scene, and saxophonist Kamasi Washington, who appears here, released The Epic in 2015 to critical acclaim. In December 2011, the group recorded for 30 days straight, and out of the resulting material several albums were formed, including Washington’s The Epic, and Graves’ debut, 2017’s Planetary Prince.

Seven is Graves’ second album, blending jazz and hard rock/metal to create a series of fast and energetic tracks, with the whole album standing at only slightly over 30 minutes.

From the starter, titled Sacred Spheres, the onslaught of chaotic percussion, distorted guitar and complex rhythms create an almost prog-rock atmosphere. But instead of relaxing after the opener, the ensemble only accelerates. The second track, Paradise Trinity, is built around a fast, repetitive 7/8 phrase, with Washington’s tenor soaring over Graves’ piano playing. The dissonant Sons Of Creation is essentially a metal track, with piano chords creeping in from the edges.

In addition to the jazz/metal core of the album, there are more conventional moments such as Fairytale, a slow and expressive solo-piano piece with moments of virtuosity, and Graves’ rock vocal on the final track, Eternal Paradise.

The album is released by Artistry Music, who are owned by established jazz label Mack Avenue. It’s a fascinating concept, the combination of genres very well executed. For those who are interested in the work of jazz’s most contemporary players, Seven is definitely worth a listen.

John Adcock - 10 June 2019
We have jazz aficionado Olivier Saez to thank for this excellent Whirlwind debut recording by Seamus Blake. It was Saez who apparently had the idea of pitching Blake’s American-influenced...