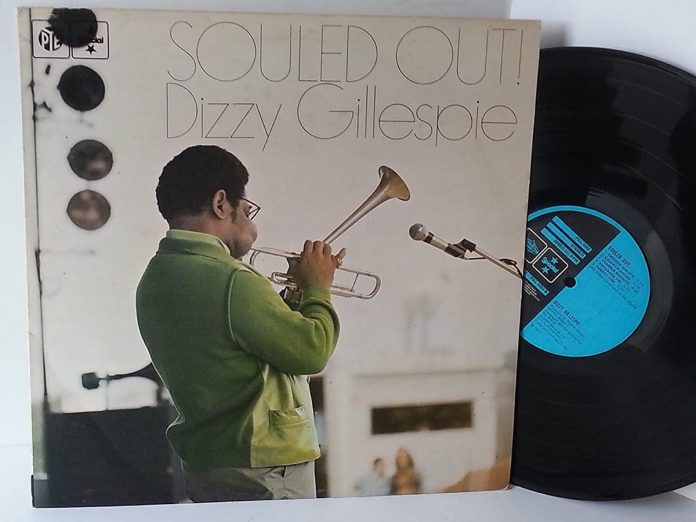 Alas, there is more than a grain of truth in the album title. Gillespie is still one of the half dozen greatest living trumpeters but since the ‘Sunday Afternoon’ sessions of several years ago there has been little evidence of his greatness on record. Dizzy can play beautifully and does on Blue Cuchi-frito where he overcomes a dumb arrangement and stilted backing and the golden notes pour forth. But the record is nonsense if you measure it against his glory days.

God knows, Gillespie has done enough for jazz and is entitled to do an Armstrong and rest easily on his past laurels at this point. But that does not help the Dizzy enthusiast when confronted by this bowl of low-grade soul soup.

After turnip tops, chicken giblets, casbah melon, clabber biscuits and rutabaga pie, acute dyspepsia sets in, courtesy arranger Ed Bland. ‘If you have been listening to Gilles­pie for a few years as I have, you will perhaps be surprised at the backgrounds,’ writes Billy Taylor in his notes. Shocked might be a better way of putting it. Even Albinia Jones on an off night would be preferable to the preposter­ous crew of gospel girlies that litter items like Pot Licka and Turnip Tops.

Perhaps if Gillespie could blow with Dexter Gordon, Joe Albany and other contemporaries who are at creative peaks right now, we might hear something of the real Dizzy. Meanwhile you can pass this one by without a twinge of remorse.