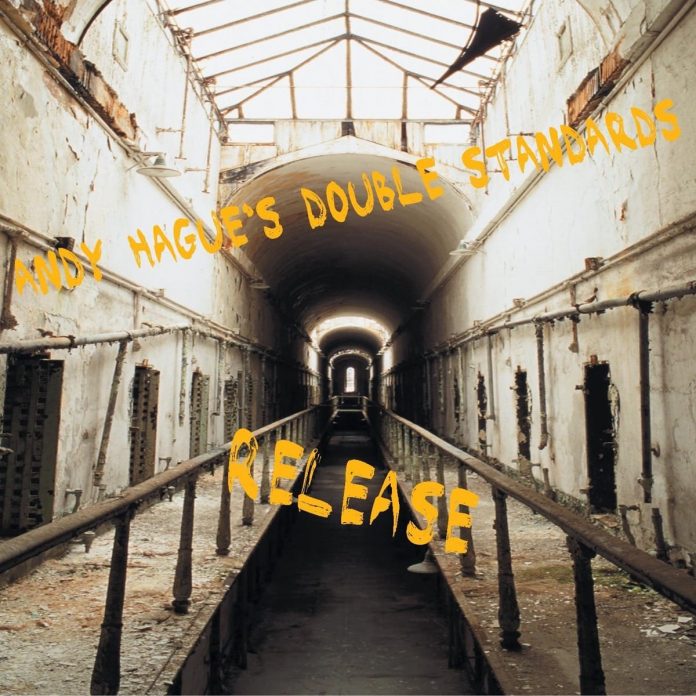 This is the debut recording by Hague’s new band. In fact, he has been using the Double Standards brand for his quartet dates, focusing on less familiar jazz warhorses, for some years, and in the 90s often worked with Taylor, but this pan-generational personnel was put together for this album and brings experience as varied as Hague’s own.

The repertoire includes four new Hague originals, a couple more of his pieces that have been on the books for some while, plus a few standards of varying renown and River Man, a tune by the late singer-songwriter Nick Drake, whose work has attracted a number of jazz players in recent years.

Hague says that the band managed to fit in a gig between lockdowns one and two by way of rehearsal, but I imagine that even without that the playing on this session would still have been as crisp and incisive as we have come to expect from Hague’s various outfits, not least his established quintet and his sometime Latin-jazz band. Hague himself is on excellent form throughout, his improvisations packed with agile and well-wrought phrasing delivered in a clear, full-bodied tone.

The opener establishes an urbane, relaxed mood before the sinuous rhythm of Hague’s Reckless Majority strikes echoes of classics such as Lee Morgan’s Sidewinder and Herbie Hancock’s Cantaloupe Island. Jerome Kern’s In Love In Vain prompts much witty and elegant melodic variation and subtle quotes, and features some of Taylor and Jensen’s best work. And so it goes, via more evocations of classic Blue Note like Wayne Shorter’s United, the optimistically titled Easing Restrictions, Angst (featuring particularly funky piano) and the urbane balladry of Like Someone in Love. The whole shebang makes me keen to hear the band in person but until that is possible this CD will do very nicely indeed.

Michael Tucker - 16 March 2019
The 2017 debut album from this Stockholm-based pianist and multi-instrumentalist received positive reviews and suggested to some an in-part deconstructive take on aspects of both folk music and the...

Jazz Journal - 31 May 2022
I doubt if I was the only one in Croydon's Fairfield Hall on Thursday, February 10 this year who felt proud to hear the National Anthem. The rest of...