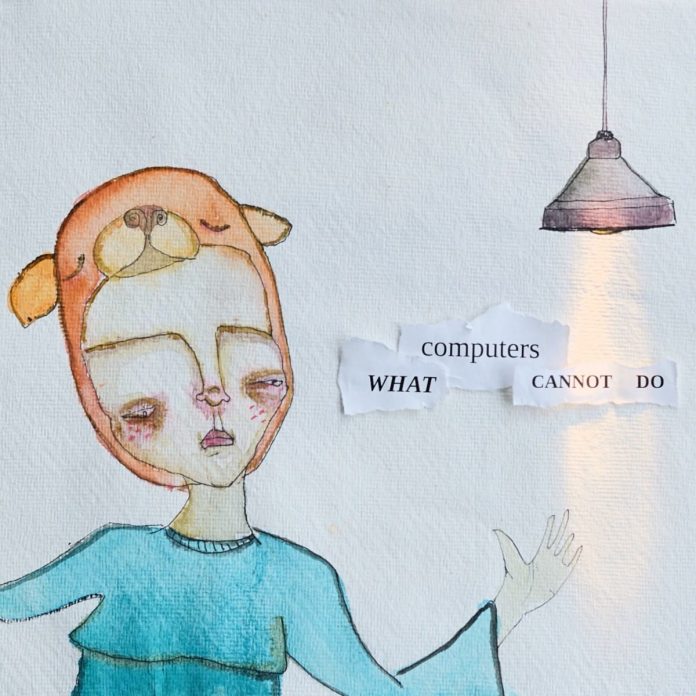 While the capabilities of artificial intelligence and digital technologies continue to develop at pace, the arts is one area where the human touch remains absolutely essential. Oslo-based trio Game Of Drones may harness an impressive array of effects and production techniques, but even in their wildest moments there is never any doubt that they’re fully in control of their music.

Formed while studying at NTNU in Trondheim, the trio briefly scattered before settling in Oslo in 2014. The source material for this EP-length album dates back to that post-NTNU period, but, as Jakob Eri Mhyre explained by email, it has subsequently undergone some pretty radical reconstructive surgery. “We did the improvisations with the sound sources in different rooms and then sent all the files to producer Håkon Aaltvedt, asking him to do whatever he wanted with the files. He worked a lot with the music, but for some reason nothing happened with the record until November 2018 when we decided to finish it. We worked with the 2014 tracks, doing overdubs at our homes in different cities – Henning and Aksel lived in Oslo, producer Håkon in Trondheim, and I in Copenhagen”.

The upshot is a brilliantly creative fusion of jazz, rock, electronica and lo-fi garage aesthetics. Opening in a fusillade of pops and glitches, Speed conjures images of a malfunctioning arcade game soundtrack before a strong rhythmic unison emerges from the haze. Myhre’s bell-like trumpet carves a clean line through a heavy post-Mwandishi grooves of Bang, and Jensen’s dirty fuzz bass is suitably of the era. Sleep is a beautifully tender soundscape which explores the post-ambient terrain of compatriots Nils Petter Molvær and Arve Henriksen, while Lucid takes further inspiration the Fourth World, Myhre plunging deep inside a dubby echo chamber as Jensen’s urgent bass-lines probes its amorphous boundaries.

Selenography, a relatively static electro-acoustic improvisation, is perhaps my favourite piece of the album. Despite being edited to just under six minutes in length, Myhre’s sampled tuning-fork loops create a brooding atmosphere that recalls the long laminal improvisations of AMM and Morphogenesis. Alarm by contrast pits wah-wah trumpet against another pounding 70s jazz-rock groove, and in a moment of unadulterated spontaneity the recording is rudely interrupted by the sound of the studio fire alarm. Closing with Sci-fi, a haunting Molvær-like tone poem, Game Of Drones are clearly not just about the noise.

A hugely enjoyable debut, What Computers Cannot Do bristles with left-field creativity. Let’s just hope that the next album isn’t be quite so long in the making, eh?

Leon Nock - 24 September 2020
This is seriously out of my comfort zone given that it is just what it says on the tin - 11 examples of soul, pop and R&B performed by...

Jazz Journal - 28 April 2022
"Alemán is so grand that if anyone ever mentions Django Reinhardt to me again I shall stare coldly." This threat, made by 'Rophone' in The Melody Maker of 25/3/39,...