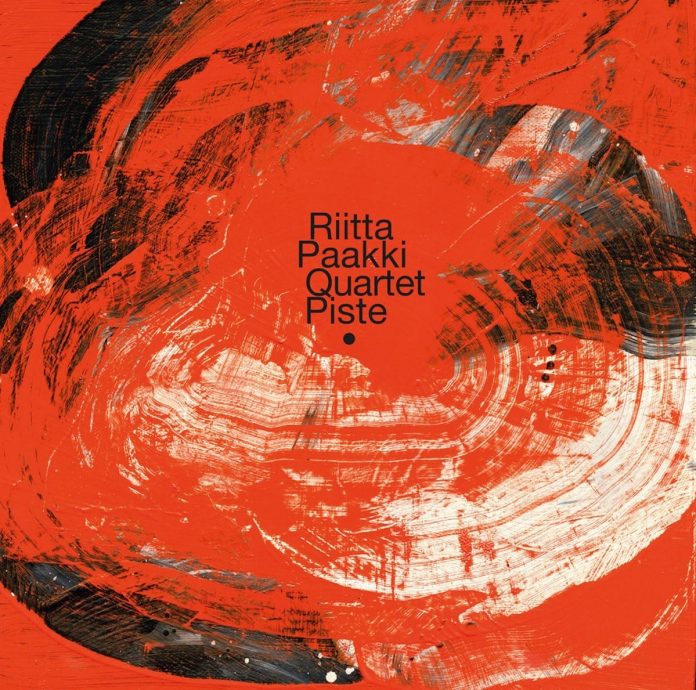 Pianist Riitta Paakki wrote her doctoral dissertation on Wayne Shorter’s compositions, which she re-imagined on her last studio album in 2015. Like Shorter, she’s equally strong as a hard-bop composer and as a performer – and likewise modest as a personality.

Twenty years after her debut, this all-original sixth album features top-notch Helsinki players and sturdy tunes that could be out of the mid-60s Shorter songbook. These include the bold, seemingly simple Fred, perhaps a tribute to similarly understated pianist Hersch. The tune inspires feel-good bluesy solos from Paakki and the other main soloist, tenorman Manuel Dunkel.

Another is Garag, on which Paakki plays a deep, dark progression with her left hand, juxtaposed with a sharply contrasting, questing right-hand solo, also played quite low on the keyboard. Dunkel turns in an inventive solo, making this one of the album’s standouts.

Compositions like these would be fascinating to hear played on guitar, trumpet or flute, for instance. Besides her songwriting chops, Paakki also shows off her improvisational voice, though on some tracks you have to listen carefully to hear it. Her solos are subtle, succinct and lyrical, played with a light, considered touch all over the keyboard.

Med High sets the stage for one of her fieriest solos, along with brief splashes from underrated drummer Joonas Riippa. He and bassist Antti Lötjönen are just about Finland’s best on their respective instruments, but keep an oddly low profile here. Lötjönen offers an supple solo on 359, actually a longer one than any on his own Quintet East debut as a leader last year, which also features Riippa.

Otherwise, though, Dunkel dominates the show – so how much you like this album will largely depend on how much you enjoy his playing, which tends to outweigh that of the leader. After nearly three decades with the stodgy UMO Jazz Orchestra, he’s a seasoned, versatile pro, stylistically somewhere between David Sanborn and Chris Potter, but one who rarely goes out on a limb.

Dunkel was similarly prominent on Paakki’s previous release, the excellent Live At Koko Jazz Club (2018), featuring the same line-up. While she may not want to return to the trio format of her first four albums, it would be interesting to hear her work with a subtler sparring partner as a second main soloist, such as the melodic New York bassist Kaisa Mäensivu, with whom she has recently performed a series of streamed concerts.

The album closes with the title track, Piste, which could refer to a French “trail” or, more likely, a Finnish “full stop”. Featuring one of Dunkel’s most earnest solos, it certainly sounds like a bittersweet point of closure, imbued with a sense that it’s time to move on, perhaps to something even better.