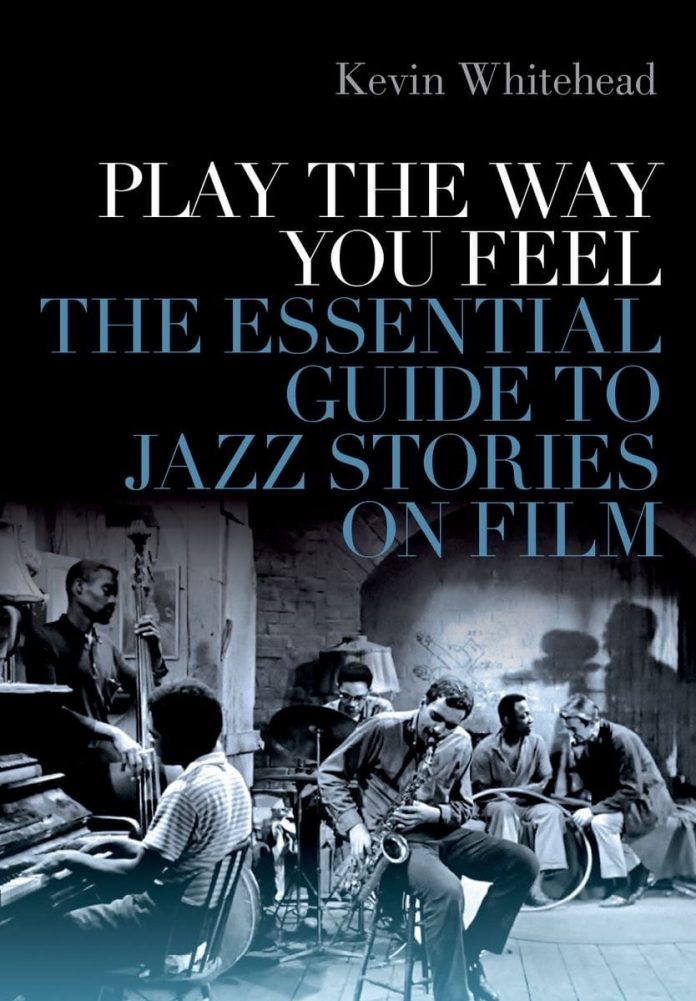 It has been said that jazz and cinema are the only truly original American art forms . . . “America” meaning the USA, of course. Arguably the claim holds up better with jazz than with film, although the industrialisation of cinema was an American process and the origination and development of jazz was the work of people excluded from mainstream American society and disenfranchised, by hook or by crooks, by virtue of their colour.

Whitehead’s book deals with films that are either fiction or fictionalised depictions of the jazz scene and musicians. Understandably, he excludes items like the innumerable “juke-box shorts” that consisted wholly or mainly of musical performances, predecessors to modern videos. Quite properly, though, he does examine short features like St. Louis Blues with Bessie Smith and Black And Tan with Duke Ellington, in which fairly perfunctory plot elements were created as framework for the musical performances.

Thinking about the number of hours Whitehead would have spent merely watching the films makes me feel drained (I haven’t counted how many he discusses – it must be in three figures) but add to that a considerable amount of fact-checking plots, settings, dates, biographical details and socio-historical contextualisation and you have to admire the author for dedication alone.

Having had to read it through in just a few sessions I sometimes felt that he devoted too much space to details of storylines, but this was justified when it illustrated an underlying and recurring theme – the way that, for several decades, the film industry paid somewhat insincere lip-service to the importance of black culture and artists in the development of jazz, customarily side-lining their contribution when the white cavalry charged in to make jazz more acceptable to white ears and mainstream media. There were a number of films celebrating (and exaggerating) the supposedly progressive contributions of swing bands. In these, nods might be made to the real pioneers and giants (as in Louis Armstrong’s presence in The Glenn Miller Story and The Five Pennies) but there was usually a strong whiff of condescension.

As Whitehead details, even biographical films of living musicians played fast and loose with the facts. This happened just as much when the subjects were directly involved: in The Fabulous Dorseys Tommy and Jimmy happily portrayed inaccurate versions of themselves.

More recent biopics have had their faults too. Whilst there can be no doubt about Clint Eastwood’s love of Charlie Parker’s music, in Bird Parker became a two-dimensional, pathetic character, a fault of the screenplay and direction more than the performance by the generally excellent Forest Whitaker. Whilst omitting important aspects of Parker’s character, the script adds melodrama and fictional action to an incident which was affecting enough in itself and led to Parker being committed to a psychiatric hospital.

Even more dubious was Don Cheadle’s Miles Ahead. Whitehead indulges in too much special pleading for this film. It is essentially a gangster story with a fictionalised Davis woven in. The occasional factual elements – such as Miles’s disgraceful beating by New York police outside Birdland – comprise only about five per cent of the film, but it has been widely assumed to be, and accepted as, a pukka biography. (Whitehead feels that Cheadle did not intend this.)

If I had to nominate the least unconvincing fiction films about jazz I probably would have chosen Lush Life (Forest Whitaker again) and Mo’ Better Blues, featuring an early starring role for Denzel Washington. Whitehead doesn’t share my regard for them, which makes me want to check them out again. That’s the sort of thing a good book does, and I shall certainly keep this one to hand as a valuable reference. It even includes Dr. Terror’s House of Horrors, one episode of which features a band led by Roy Castle that includes an understandably embarrassed-looking Tubby Hayes.

Derek Ansell - 07 December 2021
Vocalist Sinne Eeg and bassist Thomas Fonnesbaek stay very closely in touch throughout the 48-odd minutes of this programme. The title of the CD is not a song on...

Jazz Journal - 25 December 2020
It is perhaps stating the obvious to say that for some time now McLean has been considerably more than a mere Parker copyist, and this record, made four years...