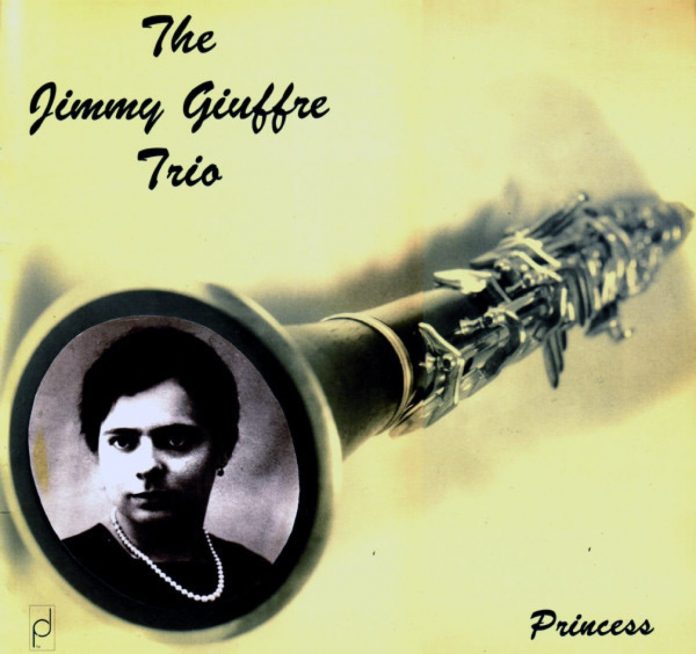 Given the paucity of Jimmy Giuf­fre recordings, this new release of previously unissued material is more than welcome, despite its limited playing time. The set pre­sents a different line-up of the trio Giuffre usually led, with bassist Ralph Pena replaced here by Buddy Clark (who despite the sleeve notes does not play drums!).

It pays the statutory nod backwards to Giuffre’s bebop days with his warhorse Four Brothers, which finds him in ebul­lient, hard-hitting form – a sur­prise to those who only know him as a reflective player – but also looks forward to the neo-free trio Giuffre was to lead with Paul Bley and Steve Swallow in the early 1960s.

On the Jim Hall composi­tion Careful, all three simulta­neously improvise for several minutes, teasing every meaning out of the theme, before Giuffre takes control with a remarkably free solo. The melodic structure of the title track is strikingly mod­ern, too, but as this was a live set, most of it sticks to the well-worn ground the Giuffre trio has explored throughout the 1950s.

The opening John Lewis number is a delightful piece of filigree work­manship, while Princess could have also come out of the Lewis stable, such is its baroque stateliness. Throughout, Giuffre is spare in his notation, broody and deep in his intonation. Add in the lightly chiming work of Jim Hall and the solid, though never heavy bass of Buddy Clark, and you have a very worthwhile addi­tion to the Giuffre discography.

Ian Lomax - 15 July 2019
Although I am a huge fan, Nina Simone still remains an enigma to me despite all the books and films that have been written about her. Her life in...