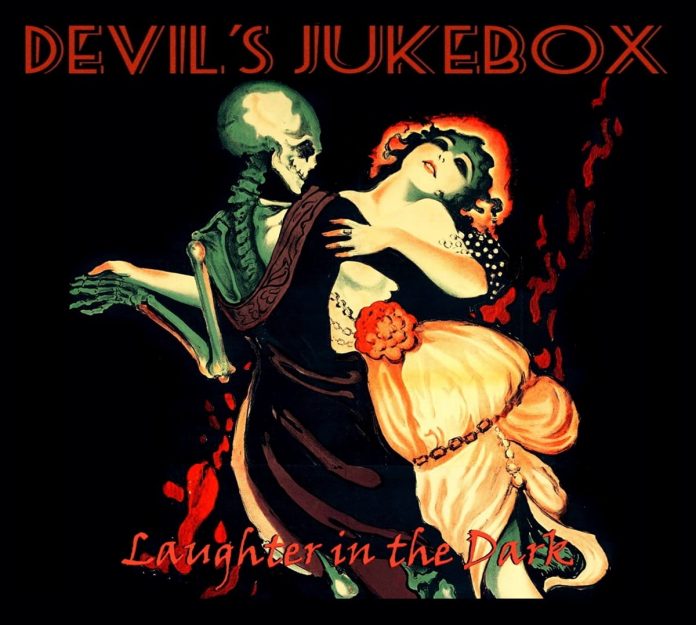 This Leeds-based group aims to perform in a style which revives rough hokum and folksy vaudeville, with country blues and so-called “viper jazz”, as performed by small groups in the low-class bars and cathouses  of America in the late 1920s. “Spasm” bands of the day often performed with home-made instruments, such as cigar box guitars and tea chest basses, later inspiring the “skiffle” revival of the 50s.

The DJ’s bizarre instrumentation includes bass banjo, harmonium, clarinet, amplified slide ukelele and a suitcase for percussion. The sound, predictably, is somewhat thin and weird.  “Dr Ezekiel Bordello” sings at length on every track in drawling, husky and intimate style, not improved by mumbled or muttered diction and some dodgy falsetto.

From information I’ve gleaned without any covering notes, three previous CDs had featured more “traditional” fun hokum, changing to the “goth noir” gloom of this release, which chooses to focus on vaguely sinister or melancholy themes and personal distress. Certainly there’s no “laughter in the dark” that I could discern, or hot jazz for that matter. A lively Whisky And Women gave a brief, much needed lift. Three of the tracks have different titles and lyrics grafted onto unacknowledged melodies of published standards – Sweet Sue, Darktown Strutters Ball and Pallet On The Floor.

I’m afraid this release did not appeal to me and would not, I suspect, much impress jazz followers who read Jazz Journal.

Discography
The Shanghai Mess Around; Dreaming In Blue; It’s True; The Uptown Players Ball; Blue Drag; When The Levee Breaks; The Ballad Of Calico Jones; You May Weep; The Mississippi Cathouse; Blues; Whisky And Women; Footsteps In The Hall; Dreaming (43.48)
Personnel not stated. Released August 2020.
Jelly Roll Records JRR 04

Wif Stenger - 28 April 2020
Finland’s leading saxophonist has released his strongest album. Twenty years ago, tenorman Lassy started off with the U-Street All Stars – a local Blue Note signing – and the...