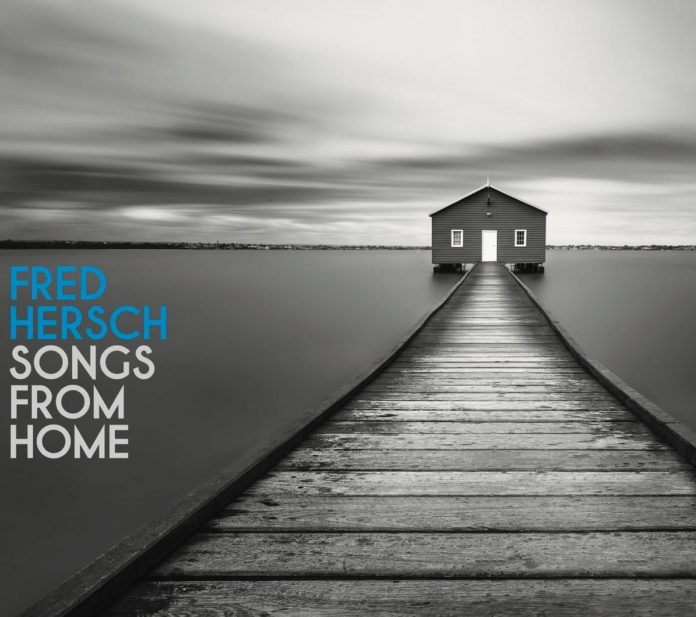 Piano master Hersch describes this as “kind of a comfort food album, with a little badass stuff in there”.

Songs From Home was recorded in his home studio in Pennsylvania during the pandemic lockdown, and embraces show songs, pop songs and a handful of jazz standards. “I didn’t want to make an easy listening album”, Hersch says in comments released by his record company Palmetto, “but I did want to play some music that would make people happy.”

And indeed, he has succeeded in his aim, though there is plenty of contemplative playing as well as sheer good-fun music on these tracks, which include two original compositions but otherwise embrace music created by artists including Joni Mitchell, Duke Ellington, Cole Porter, Kenny Wheeler, and Lennon & McCartney.

The album opens with his engaging contemplation of the show song Wouldn’t It Be Loverly, and there’s a splendid stride-style version of After You’ve Gone, displaying the pianist’s in-depth understanding of the early styles of jazz. Mitchell’s All I Want has an imaginative introduction before the theme seamlessly develops, and there are engaging versions of the folk song The Water Is Wide, Duke’s Solitude and the Beatles hit When I’m Sixty Four.

Hersch’s own works Saraband and West Virginia Rose are lovely too. But my own personal favourite is his truly beautiful rendition of Kenny Wheeler’s Consolation.

Overall, a rewarding album from a keyboard master.