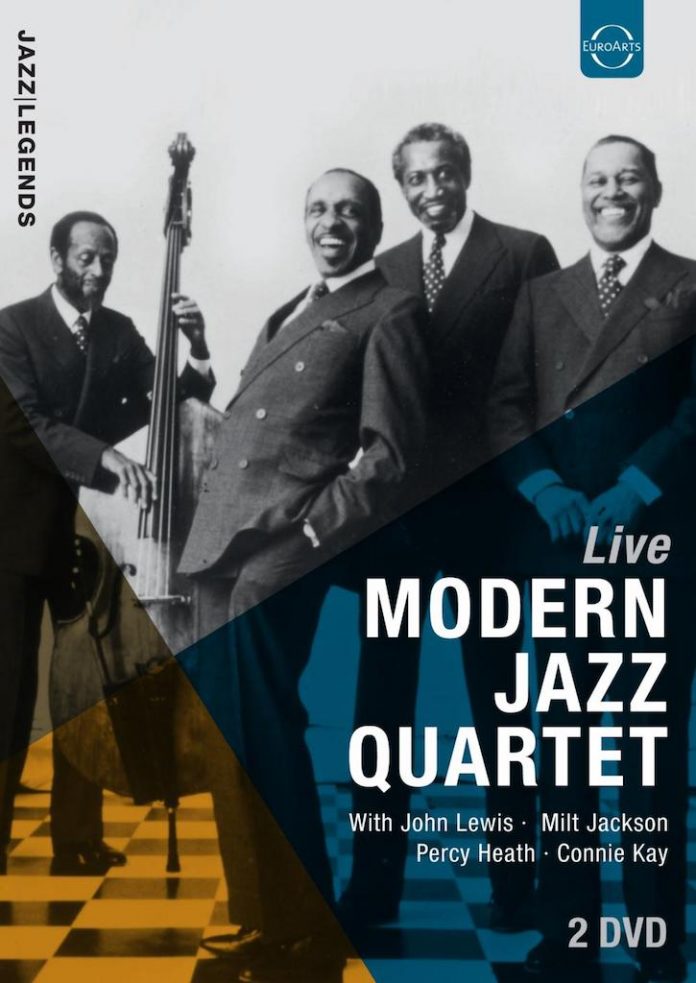 The glut of plastic that is choking the oceans of the world is entirely due to the surfeit of CDs and DVDs by the Dave Brubeck Quartet and the Modern Jazz Quartet. The stultifying effect of watching too many of the MJQ’s performance can leave the viewer dazed and unfocused for a substantial period. I suppose that I am unusually fortunate in having only 14 circular discs (including three DVDs) by the band in my collection. And on none of them is the meniscus of rural peace diverted by having, say, Wynonie “Mr Blues” Harris or Illinois Jacquet sitting in.

I jest, of course, for John Lewis’s formula to give the dignity of the philharmonic hall to his band’s jazz performances was worthy and succeeded beyond anyone’s estimates. The MJQ lasted for 45 years.

Intrinsically and when performing as individuals elsewhere (Lewis disbanded the quartet for the duration of each summer) the musicians are outstanding, inspired and, one might think, infallible. Jazz solos by Lewis and Jackson take on great character when they are away from the quartet, and it is presumably only the hushed aura that stops the blood racing when they improvise with the quartet.

The DVD’s discography is confusing, apart from the fact that Kansas City Breaks appears as Kansas City Bricks. There are three concerts: they are, in order of appearance, from Freiburg in 1987 Stuttgart in 1992 and Brussels (black and white) in 1961. Presumably because it is monochrome the Brussels concert is relegated to the second DVD. It opens with Ralph’s New Blues designed to feature the vibraphone of its composer Milt Jackson, who is largely in silence because, as was the way with early television, the technicians were trying to find which mike he was on and to adjust his volume. Milt’s image was not helped by a suit that looked as though it was designed to ward off nuclear radiation for the duration of a war.

The music throughout is thoroughly absorbing and the 22 “songs”, as they are described, make up a monumental tribute to Lewis as a composer. The Stuttgart concert has the group accompanied by a chamber orchestra. The 12-minute Concierto De Aranjuez is admirably done and accords with the fact that throughout his whole career, Lewis’s good taste rarely faltered. Jackson is the liveliest performer, and one has to admire the stoicism of Connie Kay, who one feels would today have been replaced by an artificial intelligence robot. (He was ill at the time of the Stuttgart concert and was replaced by Mickey Roker. You wouldn’t notice).

The Stuttgart and Freiberg concerts appeared many years ago on separate TDK DVDs.

Michael Tucker - 16 March 2019
Here is something a touch unusual – and most pleasant. London-based guitarist Dall'Asta  – a crisp and lucid player – got hooked on Django Reinhardt when he was 16,...