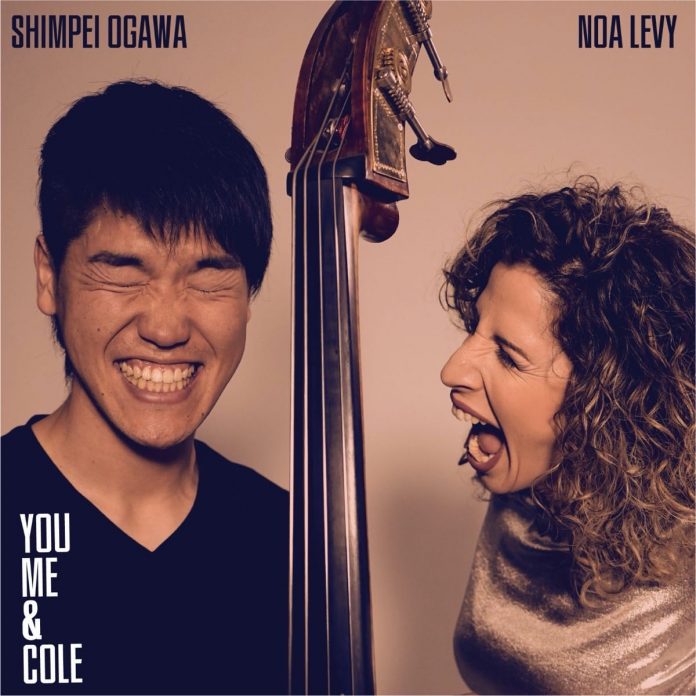 By now I have on my shelves – excluding Broadway casts and Hollywood soundtracks – something like two dozen albums devoted to the songs of Cole Porter; this means, of course, that any new release devoted to Porter is going mano a mano with the likes of Jeri Southern, Ella, five volumes of Ben Bagleys Revisited series, etc and, like the last Porter album I reviewed for JJ (Harry Connick) this has a hard time achieving ho-hum status in my house.

Inevitably the PR bigs up both artists who, in my opinion, need all the help they can get although I concede that (1) I’m hard to please and (2) there’s a whole new audience out there much more prepared to sit still for sloppiness.

For example, track 4 is the lovely ballad What Is This Thing Called Love; Noa Levy performs two full choruses which means she sings the title six times and persists in saying “What is this thing call love”. I Get A Kick Out Of You, Just One Of Those Things and Anything Goes all have literate verses which provide not only a propos introductions to the choruses that follow but also enhance the songs yet Levy ignores them completely performing only the verse to Love For Sale which would be difficult to omit.

Overall I find her voice verging on the tuneless and lacking both variety and sincerity whilst it was surely a major error to allow an anonymous person to offer new lyrics. Shimpei Ogawa is competent enough on his instrument but lacks ideas for solos which does not, alas, prevent him from taking them. It is, of course, more than possible that the album will both find and satisfy its audience and at worst it will introduce Porter to a new generation.

Discography
I Get A Kick Out Of You; My Heart Belongs To Daddy; Just One Of Those Things; What Is This Thing Called Love; It’s All Right With Me; So In Love; Too Darn Hot; Anything Goes; Love For Sale; In The Still Of The Night (37.24)
Levy (v); Ogawa (b). No venue or recording date given.
Belle Records 002

Gordon Jack - 30 October 2021
From 1954 until 1956 the happy combination of Clifford Brown and Max Roach recorded a hugely impressive body of work together. Delilah, from the 1949 film Samson & Delilah, opens...