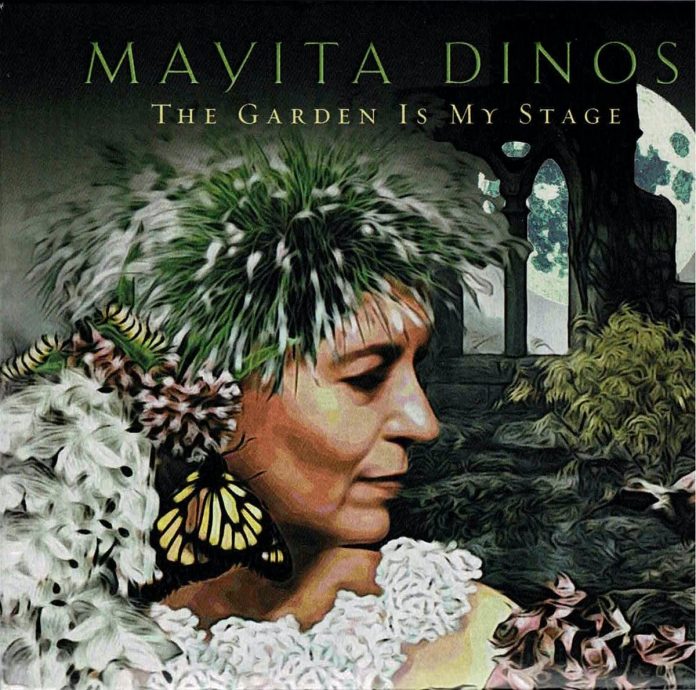 Mayita Dinos had been singing for years before releasing her debut album the Garden Is My Stage in May. Born in Puerto Rico, raised in Queens, and having been exposed to the music of Spain, Greece and Turkey, Dinos has worked with Los Angeles jazz legend Howlett Smith and recording artist Cathy Segal Garcia. However, she also pursued a decades-long career as a landscape designer, and this extraordinary collection unites her twin loves of singing and the natural world in a fragrant combination of 13 songs by such diverse writers as Charlie Parker, Stevie Wonder, Syreeta Wright, Thelonious Monk, Joni Mitchell and Phil Spector, as well as Dinos herself.

The album opens on the lazy, Latin-tinged Ornithology (Parker), which is transformed by Dinos’s lyrics and the interplay between Rich Eames’s piano and Alex Budman’s flute and sax. The tempo then slows for a low-key reading of Wonder and Wright’s Come Back As A Flower, featuring tasteful guitar fills from Dori Amarilio, while Monk’s tribute to his patron Pannonica de Koenigswarter takes on a bluesy but delicate tone, showing off Eames’s and Amarilio’s skills to great advantage.

This album comes highly recommended, its expert musicianship forming the perfect backdrop to Mayita Dinos’s warm, luxuriant and understated vocals, and would make a fine addition to any soft jazz collection.

Thomas Fletcher - 29 August 2021
After a long and successful career which began in the bebop era, Junior Mance sadly passed away in January 2021. In timely fashion, Junior Mance: The Albums Collection 1959-62...