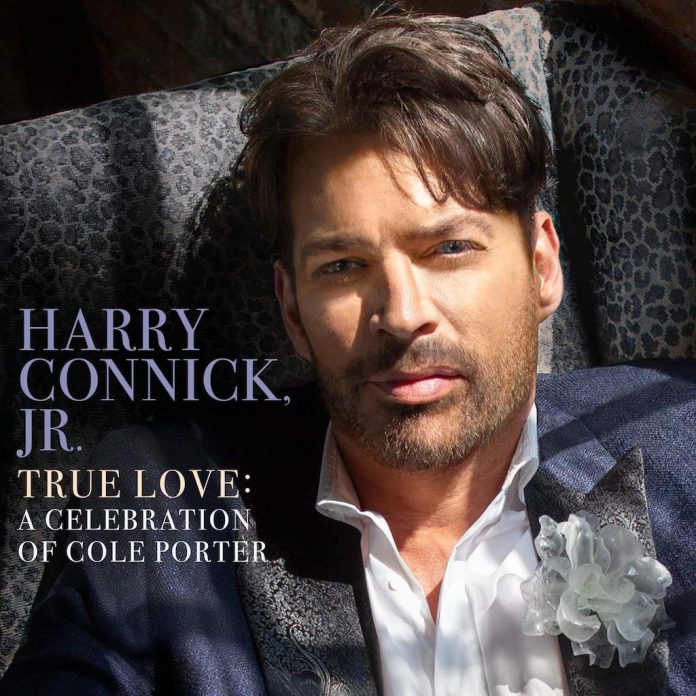 Cole Porter supplied about one fifth of The Great American Songbook whilst lesser writers made do with a chapter, a page, or merely a footnote. I began collecting seriously around the time shellac threw in the towel leaving the field to vinyl, shortly after which Norman Granz and Ella Fitzgerald launched their Songbook series with a double album of 32 Porter songs. Since then everyone and his Uncle Max has weighed in with a Porter album. Now comes True Love: A Celebration Of Cole Porter.

Let’s get the negatives out of the way to begin with. It was packaged in merely a thin sleeve rather than a jewel case which means the only space for information was the back sleeve where, alas, the songstack took up all the available space. It did come with a sheet of A4 but this, alas, devoted the lion’s share of its space to PR about Connick’s CV pausing only to crediting Connick as pianist, singer, arranger, orchestrator and conductor, whilst omitting the name of the janitor and saying only that the musicians are Connick’s long-time touring band with additional horns and strings.

Unlike Frank Loesser, who often contented himself with a mere two lines, Porter wrote some of the finest verses in the business. But Connick provides exactly none in these 13 selections, which range from 1929 to 1956.

Connick studied diction under Nat King Cole which means his vocabulary lacks the words “your”, “for” and “to” whilst possessing in abundance “fer”, “yer”, and “ter”. For reasons best known to himself Connick has opted to score everything in triple time so that even the title song is served up lickety-split. Ironically Porter himself specialised in writing ballads with a subtle, built-in Latin American beat and this may well have influenced Connick so that he possibly over did it.

Against that, the big band charts really do swing and if big bands are your thing this is for you albeit the one instrumental, Begin The Beguine, is seriously weird and comes across as a hybrid of a rinky-dink outfit and a Mickey Mouse band.

Discography
Anything Goes; I Love Paris; I Concentrate On You; All Of You; Mind If I Make Love To You; Just One Of Those Things; In The Still Of The Night; Why Can’t You Behave; Begin The Beguine; You’d Be So Nice To Come Home To; True Love; You’re Sensational; You Do Something To Me (57.10)
Connick, Jr (p, v) with unnamed big band, arranged and conducted by Connick. No venue or recording date.
Verve/Decca no number

Roger Farbey - 29 March 2019
Barely a year after Bill Evans' bassist Scott LaFaro's tragic and untimely death, the pianist emerged from a period of mourning to record three albums. The first, a solo...