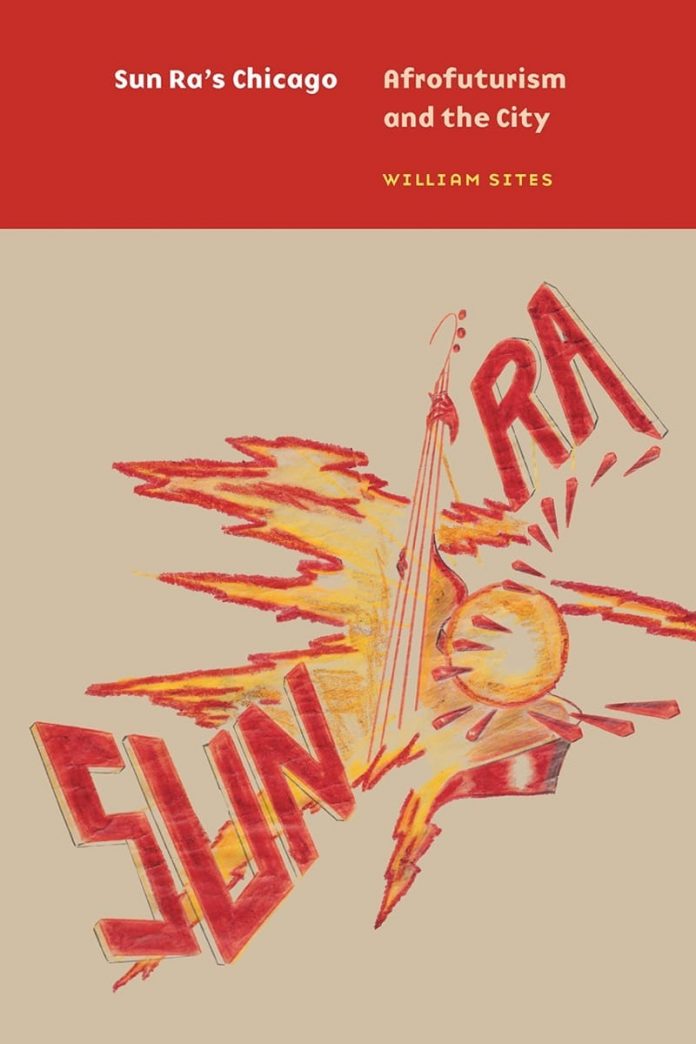 John Szwed’s magisterial 1997 biography of Sun Ra – Space Is The Place – opened the floodgates of books and articles about Ra and his Arkestra. Every element of Ra’s music and philosophy has since been explored and examined, but William Sites has managed to find another avenue to wander down, which leads to some interesting investigations about Ra’s time in Chicago from 1945 to 1961.

Sites’s book is certainly academic – he is the associate professor in the School of Social Service Administration at the University of Chicago – and the 228-page text comes with a further 62 pages of notes, or more accurately, a reading list to fill a lifetime. But his book is also highly readable, accurately siting Ra in the racial politics and unorthodox religious and cultural activism of Chicago’s black-dominated South Side.

Along with business partner Alton Abraham, Ra issued a series of polemical broadsheets from their secret society, Thmei Research, devoted to the study of the origins and identity of black Americans. They did so jostling for attention alongside the Nation of Islam and others sects, all seeking a black utopia among the segregated communities of Chicago. Sites treats these broadsheets respectfully, even though their message is often hard to divine, and points out that such activism preceded the foundation of El Saturn Records and Ra’s slow attempt to find his musical path. Only after the philosophy did the music properly come.

What Sites is good at is the detail of the period, notably about the territory bands Ra encountered when he lived in Birmingham, Alabama, where he was born and which forms the introductory chapter to this book. He is good, too, on the economics of segregation, the racial divisions of the American working class, and the role of the black establishment – the churches, schools, voluntary societies, masonic clubs, and more – that held black society together. He is also good about the divisions within black society, “the urban adjustment problems” of rural migrants now living in crowded cities. But best of all, especially to musicians and jazz fans, he is great about the musical life of Chicago, the Pershing and Du Sable venues, and the Jim Crow squalor of Calumet City, the sin suburb of Chicago.

Where this book really scores is in its investigation of the sheer “otherness “of Sun Ra. His arcane philosophies, his odd musical mixture of swing, Latin dance, doo-wop and jazz experimentation, his community involvement, all set him aside from the black mainstream of the day, although links to the later AACM and other groups are evident. For Ra was involved in building a new black utopia, a modernist vision built on a wayward reading of black African history that allowed him to see the possibilities of urban life in new ways.

Ra is now associated with Afrofuturism, although that term was unknown to him, as it was only coined in 1994. But he did bring “ancient Africa and outer space to Chicago to give musical shape to this future world”, thus Africanising outer space to stake a claim in a newly liberated zone. Ra might have been an errant and confusing traveller, but as the years roll on after his death, the importance of Ra continues to grow, thanks to books like this.

Steve Voce - 22 February 2021
In December 1948 Miles Davis handed in his notice to the Parker quintet, saying that he couldn't stand it any more. "Bird makes you feel about one foot high."...