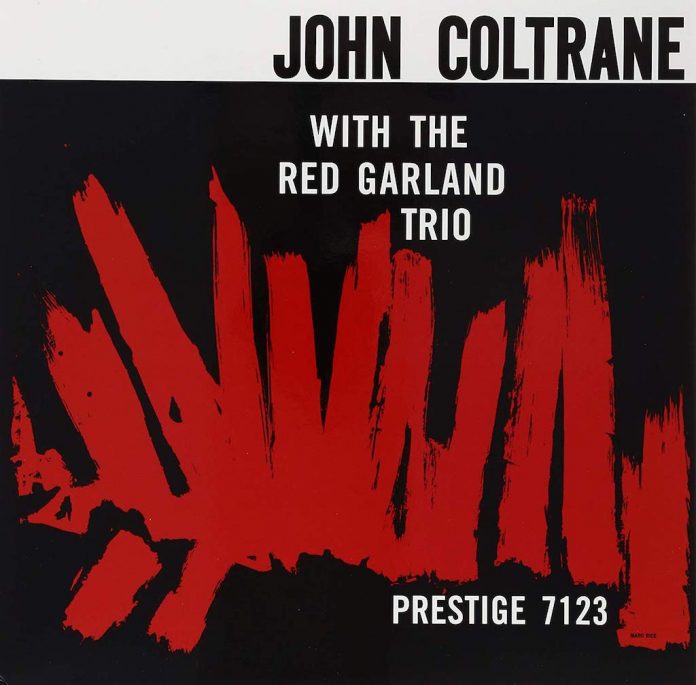 Of the group of younger tenor players who have made their way in New York jazz, Sonny Rollins has been a leader and the strongest individual voice, while Benny Golson, through his arranging, has spread his talent furthest. But through­out these “coming-up days” John Coltrane has been a pace-setter, an influence, a man tipped as one to watch.

For this 1957 recording Coltrane used the Red Garland Trio, whose work is already well known with both Miles Davis and Sonny Rollins. There could be no better choice. The trio makes an admirable group on its own (listen to the “Groovy” LP) and provides perfect sup­port for any musician strong enough to carry a session. Red Garland is a swinger with two hands full of ideas – listen to his opening solo on the first blues track or his support work in “Soft Lights”. Paul Chambers is the coming bass player with admirable tone and drive – he even succeeds in making his bowed solo in “Bass Blues” acceptable. Art Taylor’s sensitive drumming is solid and without undue fluster. A listen and learn record.
Graham Boatfield

Derek Ansell - 08 October 2021
This is a 10-track download of themes suitable for use on TV, film and general drama productions. Dave Jones has set up an electronic framework for solos by guitarist...