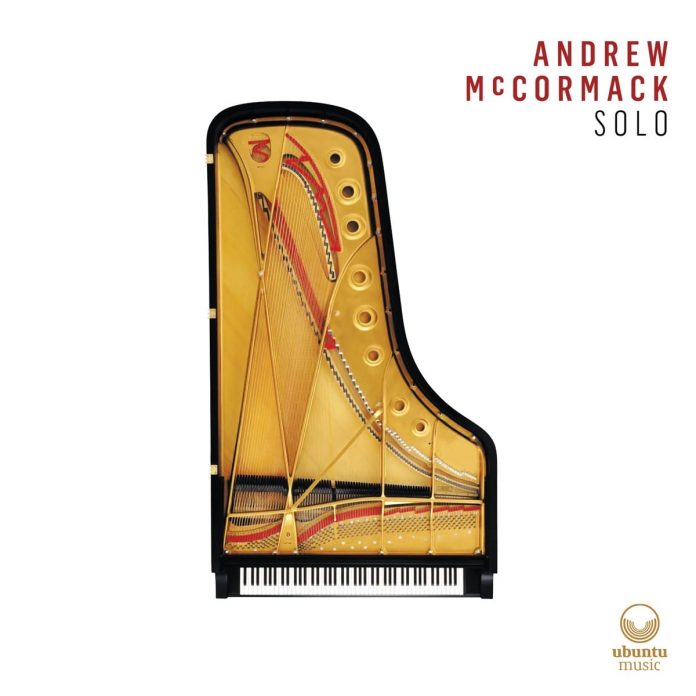 Andrew McCormack is a world-class pianist, emerging as a rising star in the 2006 BBC Jazz Awards, and performing in the bands of players including bassist Kyle Eastwood and saxophonist Jean Toussaint, and recording albums including acclaimed duets with saxophonist Jason Yarde.

He has considerable skills in the world of contemporary classical music, too, studying with composer Mark-Anthony Turnage, and being invited by the London Symphony Orchestra to compose a short piece, Incentive, premiered at the Barbican in 2009.

For a full insight into Andrew’s musical life and philosophy, there’s an excellent interview with him by Trevor Hodgett at Jazz Journal.

The pianist has been building an international reputation, both as a sideman and as a trio leader, but this is his first complete solo album – and it’s a beauty.

The album comprises mainly original compositions – some recorded as long ago as 2016, others more recently – providing a comprehensive insight into Andrew’s many influences and his considerable technical skill at the keyboard as well as demonstrating an inventive musical mind.

Dream Catcher demonstrates his distinctive approach to harmony, clearly influenced by 20th century classical music, with dense yet bright chords leading into a catchy rhythmic figure and delicate explorations of the higher octaves. Crystal Glass is more reflective (no pun intended), while Nomad has complex stacked chords with dense harmonies; appropriate for its title, there’s a feeling of wandering in the composition’s direction.

His version of Thelonious Monk’s We Free (from the 1954 Prestige album Monk) is a gently delivered tribute to the piano innovator, and Adagio is one of the most introspective pieces on the disc. Shaper Maker rocks softly on a left-hand arpeggio, while taking an absorbing harmonic path through several key centres. A standard song follows: I Can’t Believe You’re In Love With Me is delivered playfully with sparse high notes in a finely shaped introduction before the theme sweeps elegantly in.

Weeds is a pretty bossa nova, introduced with a modal feel, while Prospect Park is as vibrant as a sparkling day in spring. The standard Nobody Else But Me is also delightfully melodic, concluding with an affectionate nod to Stravinsky. For All We Know is a lovely standard ballad to conclude the disc, much in the manner of an encore.

The album is excellently programmed – each piece thoughtfully placed to provide contrast in mood, pace and texture. This really is a very fine achievement. I’m now very impatient to hear McCormack in concert again; meanwhile, Solo is a disc to treasure.

Discography
Dream Catcher; Crystal Glass; Nomad; We See; Adagio; Shaper Maker; I Can’t Believe You’re In Love With Me; Weeds; Prospect Park; Nobody Else But Me; For All We Know (56.23)
McCormack (p). Master Chord Studio, London, 2016-19.
Ubuntu Music

Previous articleChick Corea: Plays
Next articleAhmad Jamal ‘At The Pershing’ And Other ‘Live’ Recordings 1958-59

Released briefly as a Blue Note CD in the 90s, this material makes its first appearance on vinyl as a four-track double-LP set. That...

Tenor-man Ike Abrams Quebec is a somewhat forgotten figure these days but from the mid 40s to the early 60s his distinguished Gene Ammons...

It is perhaps stating the obvious to say that for some time now McLean has been considerably more than a mere Parker copyist, and...