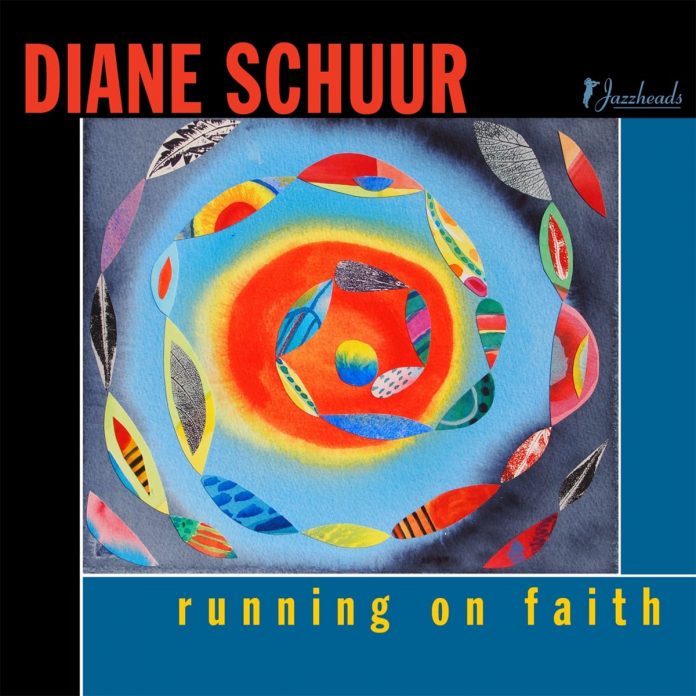 There’s often a lot of joy in the singing and piano playing of Diane Schuur. Take the track Everybody Looks Good At The Starting Line from this new release: after exuberantly counting in the band, and with a flourish of tenor from the splendid Ernie Watts, she breezes through the bluesy theme, her vocals backed by harmonised voices in a call-and-answer section.

Joyful music, certainly, but what a contrast to the adversity Schuur has had to combat throughout her life.

Blind from birth, she has struggled with physical illnesses and also depression. This is her first album in six years, and we can only hope that her long absence from the studios has not been the result of recurring health problems or new ones.

The Grammy-award winning singer, nicknamed Deedles, has more than two dozen albums to her credit, including the highly-acclaimed Diane Schuur And The Count Basie Orchestra (GRP, 1987). A Schuur album that I treasure is Some Other Time (Concord, 2008).

Her voice, particularly her intonation, is more assured on those albums than on this latest release, but there is still plenty to enjoy on these tracks.

The repertoire is broad, opening with Percy Mayfield’s Walking On A Tightrope followed by his song The Danger Zone, and ranging from Miles Davis’s All Blues to The Beatles’ Let It Be, Paul Simon’s Something So Right, and the gospel Swing Low Sweet Chariot.

Watts, her co-producer, has some truly excellent solo spots, and there are strong solo contributions from Kye Palmer on trumpet and flugelhorn and guitarist Thom Rotella, solidly backed by bassist Bruce Lett and drummer Kendall Kay.

Deedles’ many fans will welcome her return to recording, though some – like me – will perhaps save our greatest respect for her earlier work.

Fred Grand - 31 December 2021
The bassist formerly known as Harvie Swartz (b. 1948) has moved in some pretty fast company during his now 50-plus year career. Studying bass at Berklee in the late...