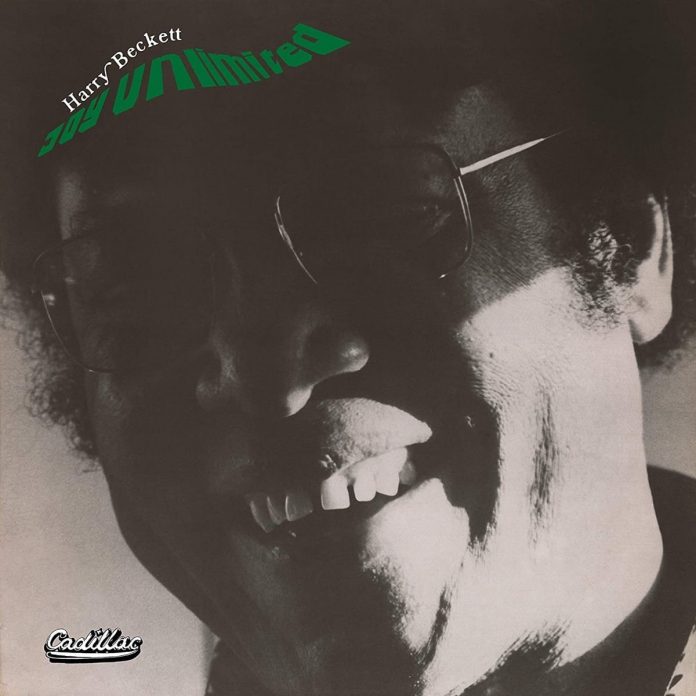 A familiar name to readers, trumpeter Harry Beckett was greatly admired, regarded and loved by many and it’s good to see him getting due recognition. Earlier this year John Thurlow’s book The Many Faces Of Harry Beckett (reviewed by John Watson, Jazz Journal, 12 March 2020) was published, and now Mike Gavin, who took the helm of Cadillac Records from the late John Jack, has reissued this 1974 recording.

Harry did have many faces – he played in a wide range of settings, from mainstream/modern to free improvisation, and here we have him in his jazz-rock orientated outfit. This band reflected a different direction for him, and at the time of its original release comparisons were made with his previously acclaimed albums, Flare Up and Warm Smiles. Criticism included the relative lack of fire and a slightly restrained approach, but it was a path Harry wanted to move down, to sound out and investigate. The results were mixed, but the commitment was apparent and there are some rewarding outcomes.

His close association with guitarist Ray Russell is the overriding feature of this album, a strongly rhythmic collection of material, some “good time” and Caribbean in nature (as on Glowing and Rings Within Rings), others using straightforward, cogent and effective themes – the beautiful Not Just Tomorrow, on which Russell and the trumpeter solo more extensively; Bracelets Of Sound, which after Russell’s experimental intro settles into a steady blues groove, underpinned by Daryl Runswick’s firm bass.

No Time For Hello is a roaring vehicle with good strong solos – upper register work from the leader, wah-wah guitar by Russell and some urgent bass work from Runswick. In comparison comes the brief interlude, Changes Are Still Happening, a short sensitive statement with a glimpse of that distinctive signature trumpet run at the end.

A welcome addition which fills a gap, and deserved tribute to the memory of the much-missed Harry.

Hugh Rainey - 31 January 2021
Maiorani and Lepoutre are French guitarists who work together in the jazz bars of Brussels, and share a love of Django Reinhardt's music. In this duet album the solos...