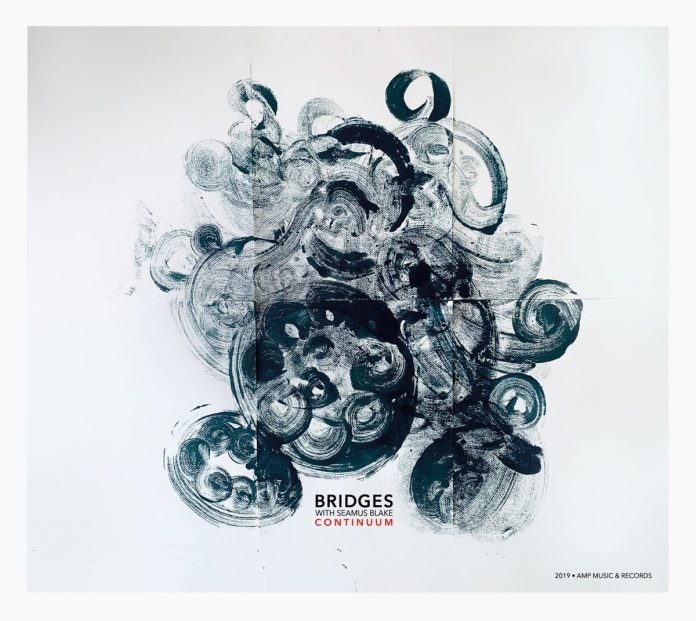 The firm delivery and full sound of tenor saxophonist Seamus Blake have made him one of the leading players of his generation. He has worked with the Mingus Big Band and with soloists including guitarist John Scofield. Since he moved from New York to Paris, his creations with European bands have produced some outstanding music and his recordings with the French Connections group have won critical acclaim.

On this disc, the England-born, Canada-raised saxophonist is featured with Norwegian-based musicians in the second album by the group Bridges. Included in the group is another English-born musician, trumpeter Hayden Powell, who has been based for some time in Oslo, plus bassist Jesper Bodilsen, pianist Espen Berg and drummer Anders Thoren. The bassist on the group’s 2016 eponymous album was Ole Morten Vagan, but the remainder of the personnel is the same.

The music on Continuum is gorgeous – muscular, but with an underlying tenderness. The opening track, rather unimaginatively titled Introduction, is a good example. Mellow and flowing, it is a brief out-of-time theme which quickly evolves into the upbeat and punchy composition The Clues. These are compositions by pianist Berg, and are followed by Powell’s Slightly Behind, and Blake’s The Jupiter Line. Bassist Bodilsen is credited with No Road For Readers, while Two (an excellent duet by Blake and Berg) and Fanfare are gentle free improvisations.

The whole disc evokes the kind of music the great trumpeter Kenny Wheeler made with saxophonist Stan Sulzmann – inventive, melodic and always packing an emotional punch.

Bruce Crowther - 06 December 2021
Hard to believe on hearing his warm-toned and assured playing that at the time of this concert tenor saxophonist Houston Person was only a couple of months away from...