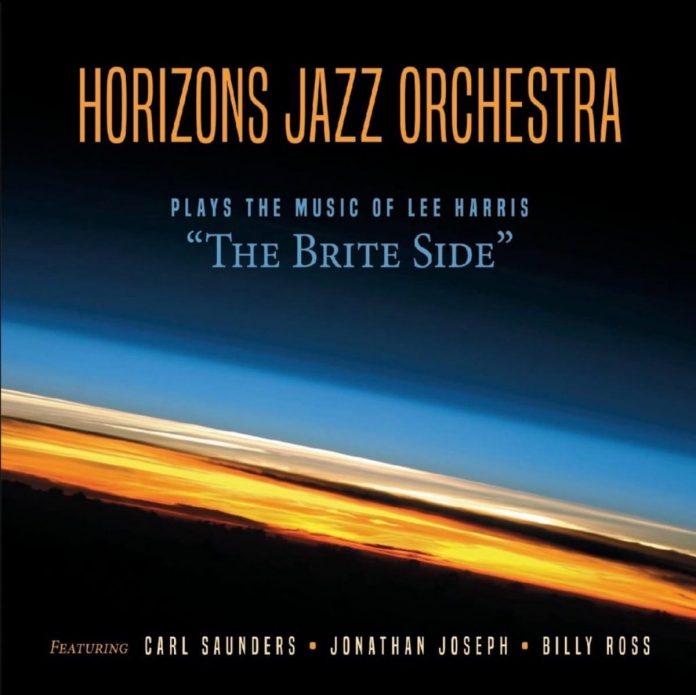 This is the debut CD by South Florida big band The Horizons Jazz Orchestra, and what a splendid start they have made. The Brite Side is a tribute to composer and arranger Lee Harris, “unheralded but much appreciated”, say the liner notes. Nearly all the works on the disc are composed or arranged by Harris, a baritone sax player and composer who worked on the US East Coast, and who died shortly before this disc was completed.

Among many fine soloists is former Stan Kenton and Maynard Ferguson trumpeter Dennis Noday, the founder of another East Coast big band – Superband. The style is straightahead and highly communicative, but whatever the arrangements lack in progressive originality they more than make up for in dynamic, toe-tapping appeal. And the musicianship is on a very high level.

Opening with Red Apple Sweet, a theme which quotes obliquely from Wade In The Water, the band sets a bright pace, with careful control of dynamics, before the work evolves into a gentle even-quaver movement, and then the lively main theme returns. There are eloquent solos from trombonist Michael Balogh, musical director of the band, and pianist Gary Mayone, and snappy work from guest drummer for the track Jonathan Joseph. The Bricusse-Newley standard Pure Imagination and The Runner feature fine performances from guest soloist Carl Saunders on flugelhorn.

After You’ve Gone, Finally, (despite the extended title given here, it is the Turner Layton standard) has a particularly fine solo from tenor saxophonist Billy Ross. Ross is also featured strongly on the album’s title track plus The Sound, and on the concluding A Train Bossa, which also has Saunders soloing, this time on trumpet.

The only arrangement not written by Harris is Leonard Bernstein’s classic Maria from West Side Story. This time the band features an excellent arrangement by the great Don Sebesky. A Train Bossa (yes, it’s the Strayhorn classic in Latin style) concludes a hugely enjoyable album, which can be recommended to all fans of swinging big band music.

Hugh Rainey - 08 July 2019
This rhythm trio (guitar, bass and drums) won awards with its first album in 2015, and has now backed, on concerts and recordings, such memorable jazz artists as Scott...