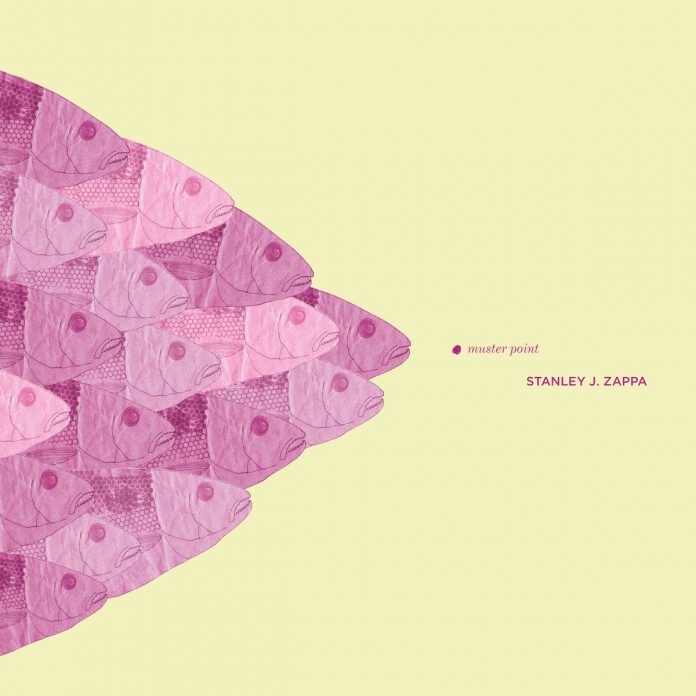 Saxophonist Stanley J. Zappa’s release Muster Point features a range of free improvisations from a small ensemble, made up of both studio and live recordings, the latter taken from his recent tour in Finland. The majority of the tracks follow the same format, with an entirely improvised structure, with each instrument given its own space to experiment and explore.

Atmospherically, the recordings are very much stripped back, with dry and warm acoustics adding to the intensity of the playing. While some reverb can be heard on a few tracks, particularly South Okanagan, in which Zappa’s saxophone is given an ethereal and distant quality, there are no other effects on the instruments. The result is that the trio is heard exactly as it would be, creating a very authentic atmosphere.

Finnish drummer and percussionist Simo Laihonen features on every track, and Ville Rauhala plays bass on the four Muster Point parts, adding an extra dynamic to the improvisations.

Being firmly in the jazz vein there are limited comparisons to be made with the music of Stanley J’s famous uncle. However, the experimental nature of the album, like the vague, distant wailing and sporadic percussion on Operator Get Me Bennington College does bring to mind some of Frank’s earlier work, particularly some of the improvised tracks on Weasels Ripped My Flesh.

Nonetheless, Stanley’s music is his own, and he is clearly a musician with a vision, not looking to align himself with anyone else. Highly individual, and remarkably creative, Muster Point will suit all fans of free improvisation.

The press blurb that accompanies Gina Kronstadt’s third album describes the songs – all written by the singer – as “adult pop”. It’s not...

Never under-estimate a codger's willingness to embrace new technology. Spotify is not a skin complaint, nor is streaming the result of an urinary tract...

This was not one of the strongest Bracknell Festivals. There was plenty of overseas interest but, at the end of the day, much of...

Stanley J. Zappa: Muster Point"Stanley’s music is his own, and he is clearly a musician with a vision, not looking to align himself with anyone else. Highly individual, and remarkably creative, Muster Point will suit all fans of free improvisation"
Advertisement